The great thing about caravan parks is the kids playgrounds – not sure what they did before giant jumping pillows but they now provide hours and hours of fun with masses of children seeming to have organised games going on. So the boys could disappear and have great time. We headed down to the beach and the swimming was awesome – Cammy getting more and more confident with going under waves and enjoying those that bash him around a little. And then hole digging halfway up the beach with waves pushing their way in and small sand cliffs collapsing is just THE best way to ‘while away’ the time. And then a hot shower is pretty good too. We noticed many people wearing wetsuits.

In the evening we walked up to the headland with lots of information about different surf breaks and wave action. Lots of energy from Antarctica hitting Australia.

Cammy lost his first tooth – it’s been wobbly for quite a while and yesterday Josh threatened to pull it out. Cammy went up to Josh fiddling with his tooth and said “Dad, remember you were going to pull my tooth out today?…” and literally as he talked and fiddled, the tooth came out in his fingers – with a great shock to Cam and some blood to add to the drama. How exciting but how would the tooth fairy know where to go??? The next morning it had all worked out – two bucks in the Cammy bank – but Aim was pretty annoyed that the tooth fairy has left glitter all over the inside of the tent – likely to be still there in 2019! 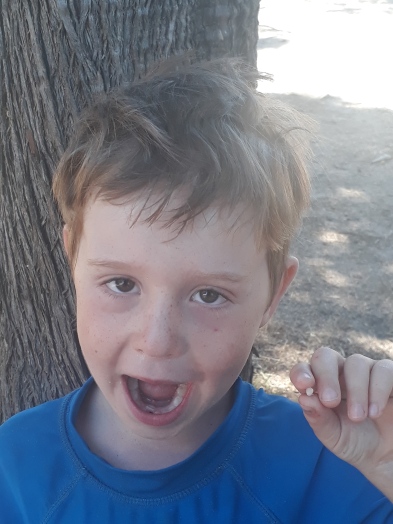 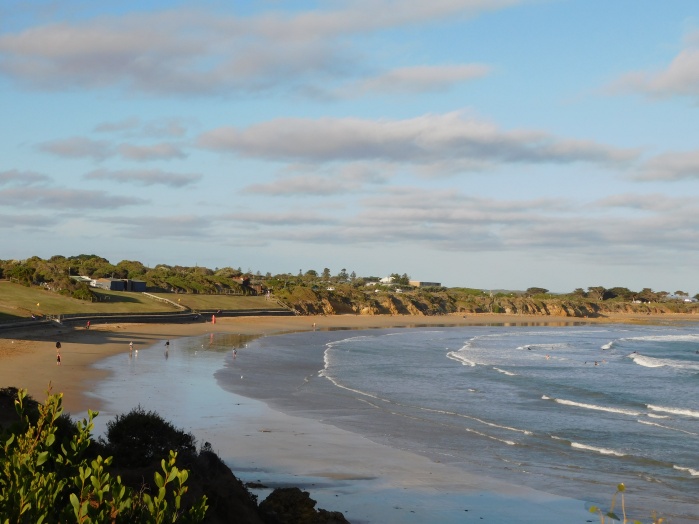