So the only remnant of trees left in town – basically about 50 eucalypt trees with scrappy, weedy undergrowth – just happened to be the hub for biodiversity in the area. The first we noticed were the nice long-billed corellas who flew in and had a cute squabble amongst themselves. Over the next half hour the rest of their friends/relatives/clan/extended family flew in – the noise was extreme – the pecking order and sorting out who had what position on the branch was the most complicated and loud negotiation in the entire Australian bush (yes, yes, ok- we’ll review that call as we go).

Finally the waves of calling subdued and they (and us) gradually got to sleep. Why they need to make a racket in the morning is unknown – why not just take off and sort it out while you are flying (and not sitting above our tent???). 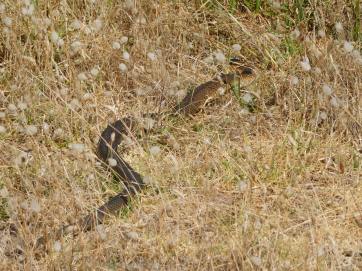 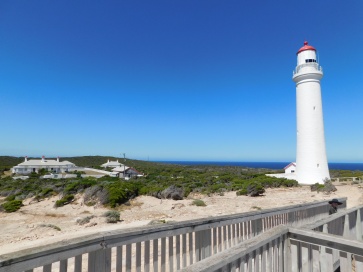 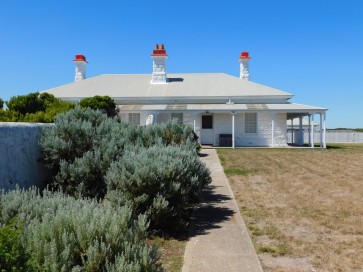 The next find was much more docile and their behaviour acceptable – a mother and baby koala in the tree 20 metres away from our tent. As it turned out there was a small colony living basically within the caravan park boundaries so we had plenty to go and track down. 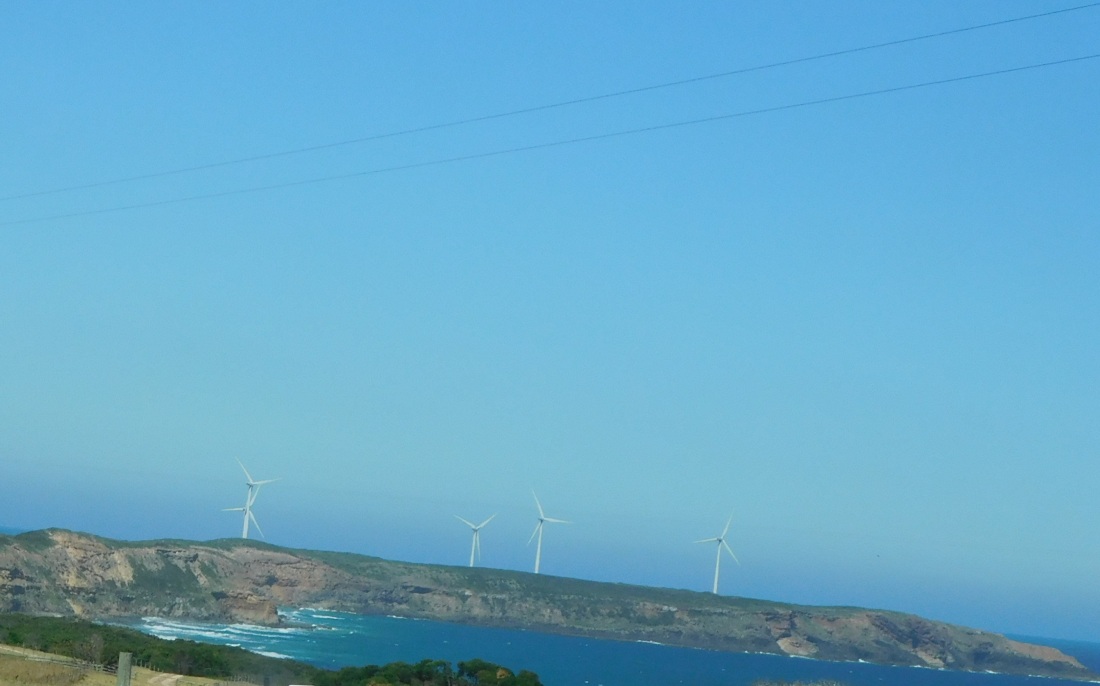 We headed out to Cape Bridgewater past lots of massive wind turbines (common down here) and found an access track that led around the headland and out to a seal colony – remarkable because the same section of rock platform was home to both Australian Fur Seals as well as the New Zealand Fur seals. Everyone apparently gets on ok as long as everyone stays on their own section of rock platform. A viewing deck has been built -(or for the more adventurous you can take a boat around to the colony or even dive in a cage with them). We were there in the afternoon and the shadows of the cliffs made it initially difficult to see the seals but once we spotted the different groups it was good. Some just lazed around. Others were moving and even diving into the ocean. One small one was swimming in a small rockpool (safer from the lurking sharks!). The views along the walk were great – beautiful water colour and the beach was perfect sand – a man at the visitor information centre (when he saw we had kids) urged us to visit the beach for a swim but it was pretty windy when we were there.

We took a drive that took us back through the port area and then back to the caravan park – the jumping pillow had hours of jumping left in it! We cooked on the bbqs at the camp kitchen and checked what others were cooking as each of the fishing competition people came in – steak, sausages, chicken kebabs, lamb chops, rissoles…..we waited for the big tune steaks but it was obviously a slow, non-eventful fishing comp this year that’s for sure.