We had our Distance Education school packs redirected from Port Augusta down the peninsular to the little Marion Bay General Store/PO. The online tracking said they had been delivered but we found that they were at the wrong post office 80kms north in Minlaton (same postcode hence the stuff up -but they were clearly labelled “Marion Bay PO”).

We made an executive decision to, not just drive north to get the school packs (which would be at least another day if we waited for the post to transfer them), but also move on from the southern Yorke Peninsular altogether and in fact push far north towards the Flinders Ranges. Josh has been religiously watching the Flinders weather forecasts for weeks waiting for a change to come through and break the monotonous 40+ degree heat. Finally Friday was looking reasonable in the high 30’s but Saturday and Sunday were looking ideal down to 30 degrees. We took the chance to get up there and have an explore – otherwise it was going to be put off until winter when we might be able to come down from the north. 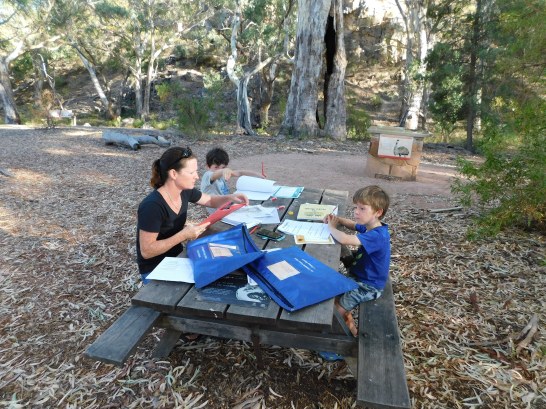 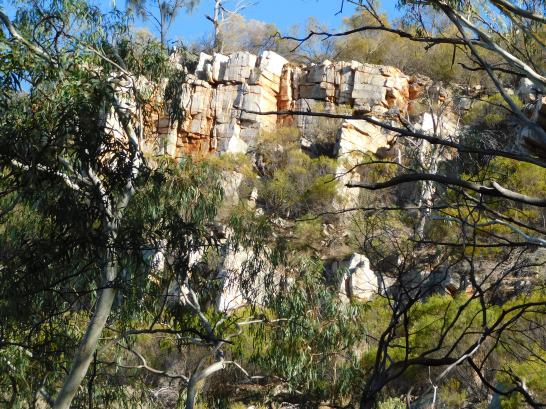 We did a big drive but broke it up well. For an early lunch we stopped at Hardwicke Bay and cooked some bacon on the bbq and had tasty bacon sandwiches on the beachfront. A brief stop at Minlaton for the school packs  – a nicely laid out town with big wide streets with old gum trees down the wide centre strip – a bit like Scone. Then we headed due north with a deviation out to Port Victoria where we checked out the jetty and the awesome old buildings – once obviously a thriving port –  now very, very sleepy but beautiful.

As a special treat – because the boys were travelling so well – we stopped at Moonta Bay where they have installed a great little water park on the foreshore – basically four water slides, some water ‘mushrooms’ and a giant tipping bucket that irregularly dumps 100 litres on the huddled kids below. The water on the beach is crystal clear but when the tide goes out it’s a long walk to the water. When we got there the boys were the only kids (everyone else was in school!), and a few other kids showed up soon after. They had a blast for an hour or so while mum and dad kicked back. A school excursion pulled up in minibuses and soon after there was a squealing mob of 50 kids which the boys blended in with but we were just about done. 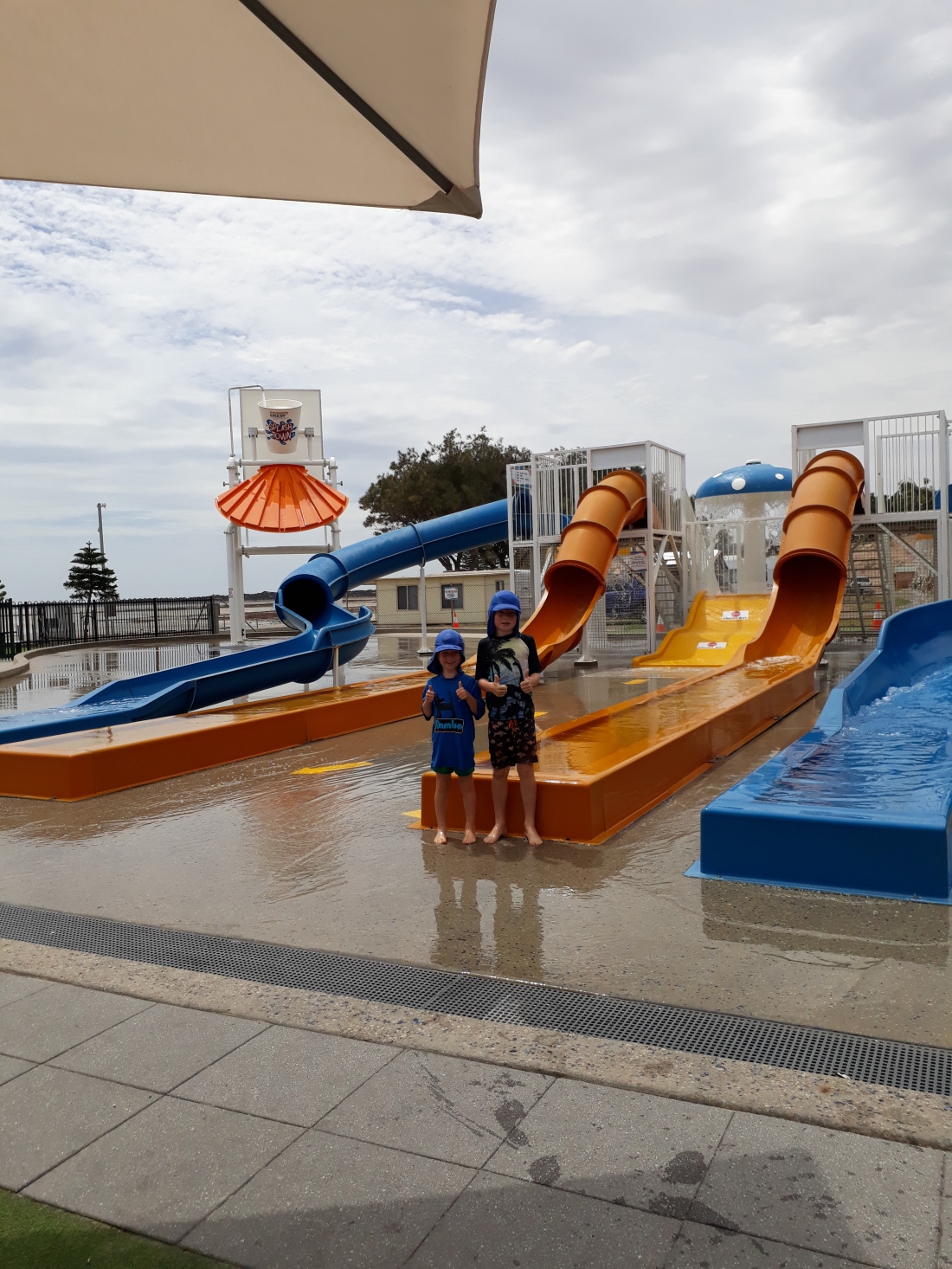 Back on the road, we followed mostly quiet roads up to Port Pirie and then a bit further with the southern Flinders Ranges starting to emerge as hills to our east. We turned off and did the short drive to the Mambray Creek campground in Mt Remarkable National Park which was hot but had showers which eased the warmth once we’d set the tent up. Emus wandering around, wallabies and kangaroos everywhere and a couple of sheep looking a bit out of place.

We cooked at the adjacent picnic area and the boys learnt how to deal with pesky goannas who, with us, weren’t successful with their stand-over tactics. They were persistent though and there’s sure to have been many visitors who have jumped and run from their picnic, only to realise that once the goanna has your food – you’re not getting it back without a big stick and even then…good luck.