We packed up the next morning with the weather getting a bit windy and overcast. A thunderstorm had passed by last night but was out off the coast and we missed any impact. Josh and Cam walked up the beach at sunrise confirming the place was a spectacular location with great sand dunes and lots of different shorebirds. We got off the beach – after the car had sat and sank in the sand for a while we dropped some air out of the tyres to get the rig mobile (the locals use tractors to launch their boats off the beach so it would be difficult to be stuck for too long!) We got the tyres back up to pressure and headed the short drive back into Streaky Bay for some shopping before heading out towards Pildappa Rock for the night. 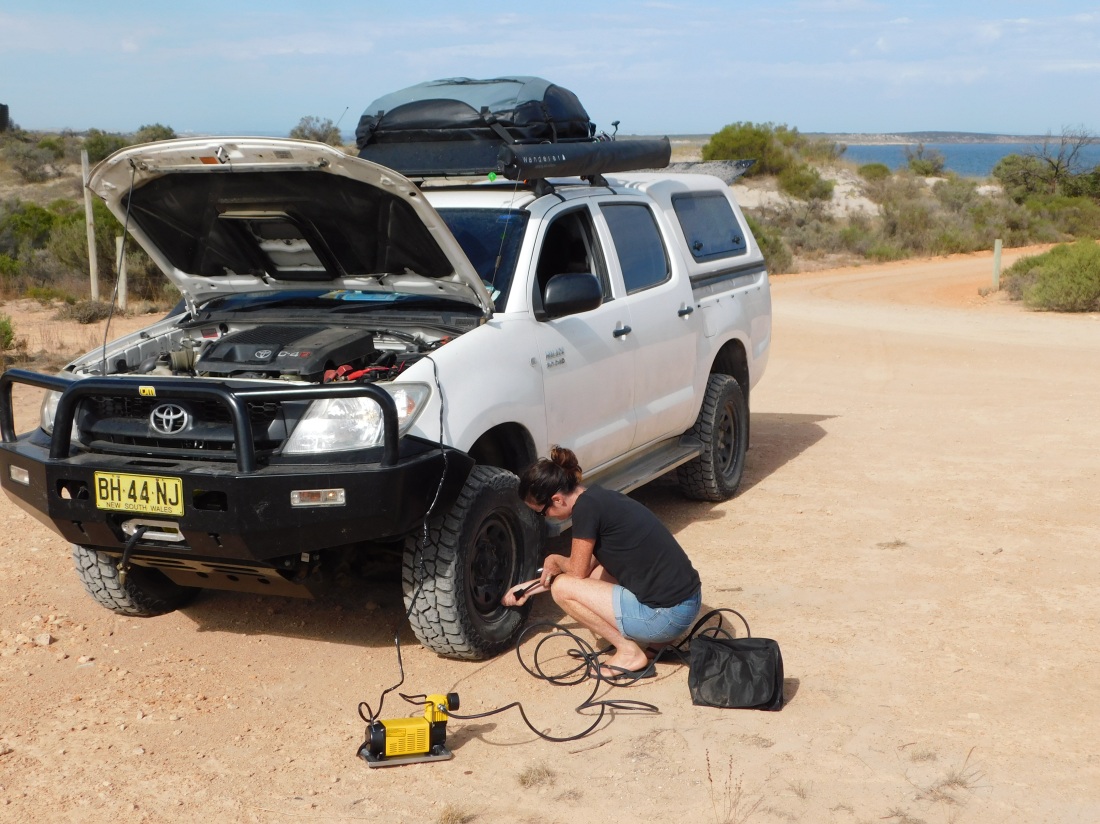 Streaky Bay was alive with both the SA election day as well as the annual Streaky Bay races. Every person in the district had to be in town for one or both and judging by the way people were dressed up – most were doing both. We got out to the Eyre Highway and headed east turning off for Pildappa Rock. It was hot and pretty quiet out at the rock with the flies absolutely thick as – even the solar panel struggled to get any sun through the clouds of flies! Luckily we had kept our fly head nets handy for this exact situation and it was much more pleasant walking around with having to swat flies from your face. 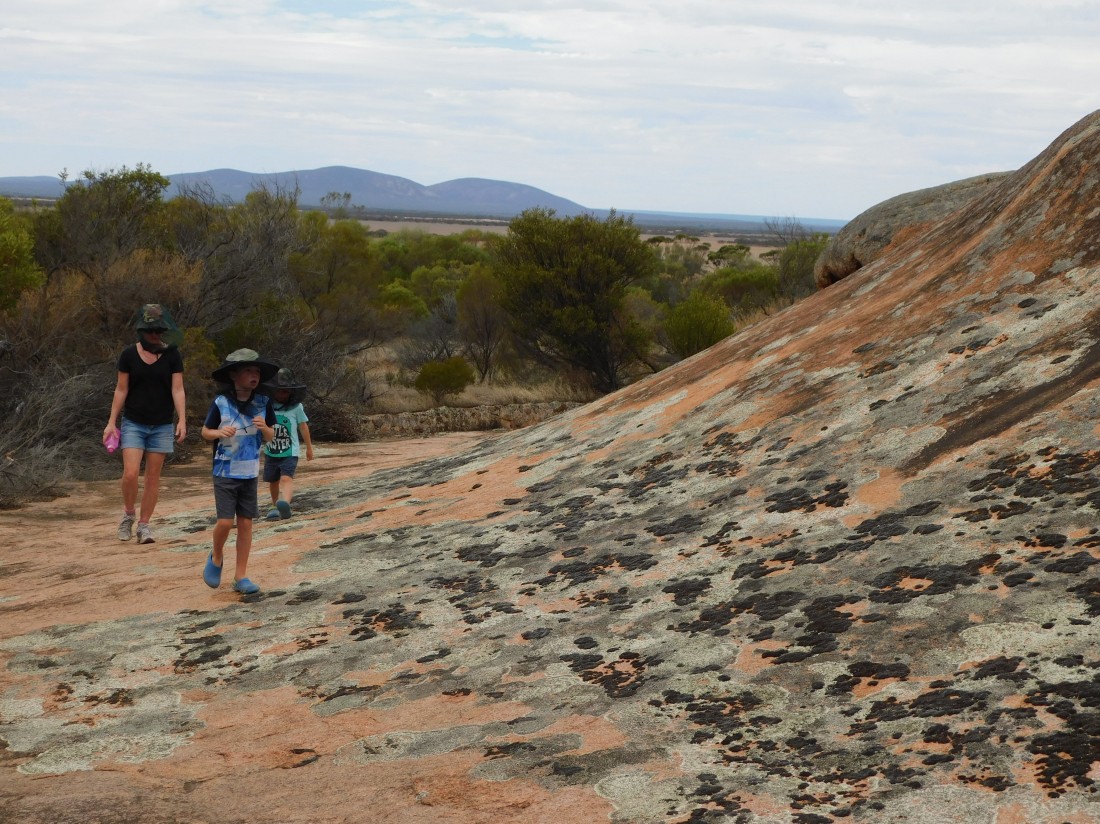 We did a walk around the rock and climbed around on top. Across the flat, cleared and mostly bland plains, these massive granite outcrops are spectacular features. Camping is available around the whole rock and we chose a spot and set up the awning tent for a quick camp (but also to have a large room we could escape the flies). We watched a movie in the tent and then the boys found a friend, Dakura, to play with until we cooked dinner and hit bed. Dakura’s parents suggested Koonalda Homestead as a good camping stop in the Nullabor National Park so we noted that down. 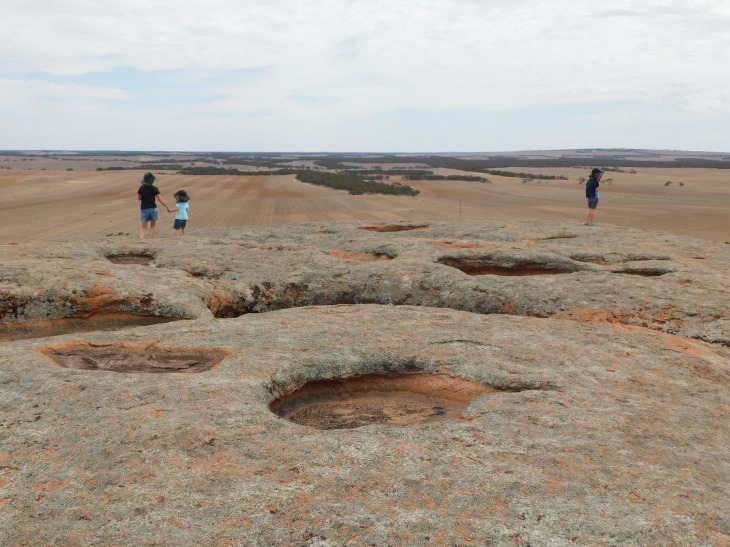 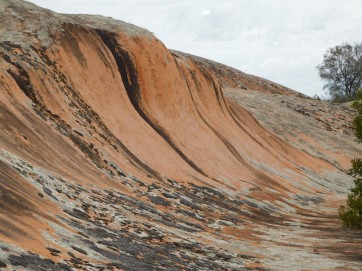 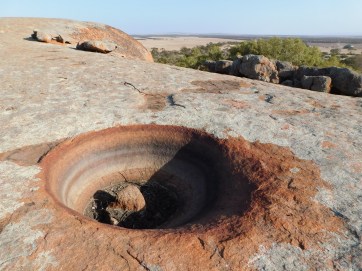 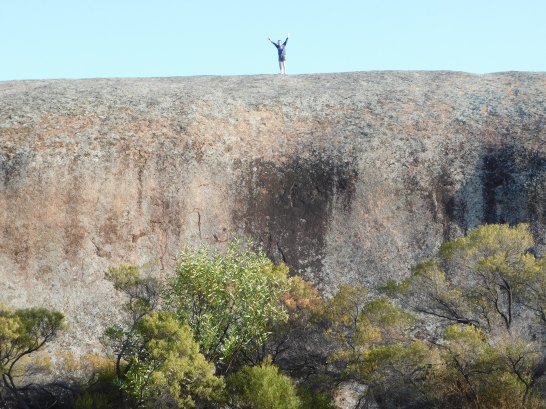 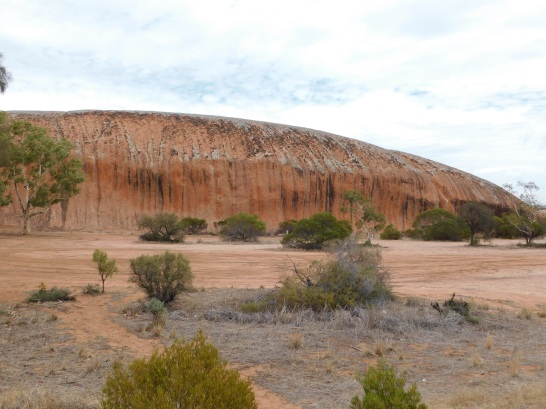 One thought on “17 March – Pildappa Rock”