We weren’t in a hurry to pack up camp being the only ones around out in the beautiful bush. The biggest concern was the boys being worried the Easter bunny might not know where they were….imagine no chocolate for the easter breakfast!! A plan was quickly hatched to draw a detailed map in the sand at this camp showing key features such as the Nullarbor, key towns such as Margaret River and an X where we hoped to be for Easter. Surely the Easter bunny would be tracking us and get the message?

We headed off back along our overgrown track – easy enough to pull a few of the overgrown scratchy branches out of the way as the Hilux crept along. We decided to wind our way through the small country roads back to the highway checking out what different farming was going on. Only a short drive along the Bussell Highway (yes,yes, which was “bussell-ing” with Easter traffic) and we turned off for Canal Rocks. The place was packed with people – a mix of tourists and west oz holiday makers too – but we found a park and had a great time exploring the area. Another spot that Josh and Amy did 12+ years ago but a beautiful spot with such unique rock formations and crystal clear water you couldn’t ever find anywhere else. There were people snorkeling and even a few keen peeps getting scuba gear on – what an amazing place to drift through underwater.

We got back in the car and headed for Busselton. Another place that we knew would be chockers with holiday makers – but again we found a park and headed out along the jetty to walk the almost 2kms out to sea. It’s the longest wooden jetty in the world and somewhere it was recorded as the “longest wooden structure in the Southern Hemisphere”. But it’s a nice stroll out looking back at the town foreshore and dodging the tourist train that can sneak up behind you and toot its whistle while you are distracted by the wind and wave noises. 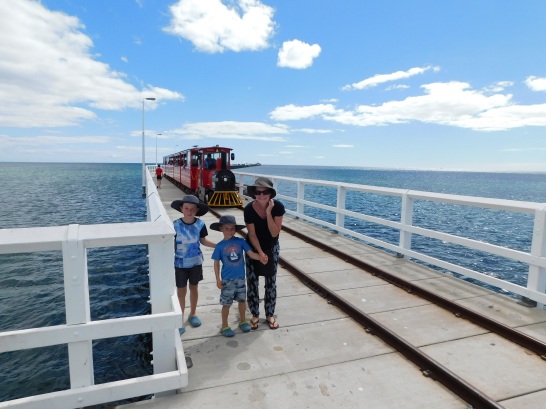 We got back out on the trusty Bussell Highway and pushed northish. It was busy but much of the Easter holiday traffic was coming the other way so we were good. Close to Bunbury an executive decision was taken….sorry Bunbury, you’ve been left off this road trip. We were keen for a campsite and another hectic easter town wasn’t giving us that. We pushed on along the Forest Highway/Old Coast Road instead of the main highway and eventually found those rough dirt roads into the bush that only means one thing……there’s a nice campsite to be found soon. And soon it was. A bit of soft boggy sand requiring 4WD, but Amy “All4Adventure” Keating just ploughed on through to the other side. Yet again the keen eye spots a small track off and a quick walk in finds a great flat area to set up camp. A beaut spot but like so many others this trip, burnt so badly with irreparable damage to dead grass trees and most of the bigger trees and hollow trees burnt to where they are collapsing. The fire was fierce as it turns out, burning for 17 days in , killing a couple of people and wiping one small town out, over 150 properties destroyed.

On Sunday, it was crunch time for the easter bunny to find us but some early searching by the boys proved fruitless. After Dad suggested that the hollow base of a tree could be a good spot to hide an Easter egg, two good sized chocolate rabbits were found. After some chocolate, we headed off for a day trip, stopping at the Lake Clifton Thrombolites for a brief walk and then a drive through Mandurah and then out to Waroona for a swim in the beautiful Lake Moyanup. 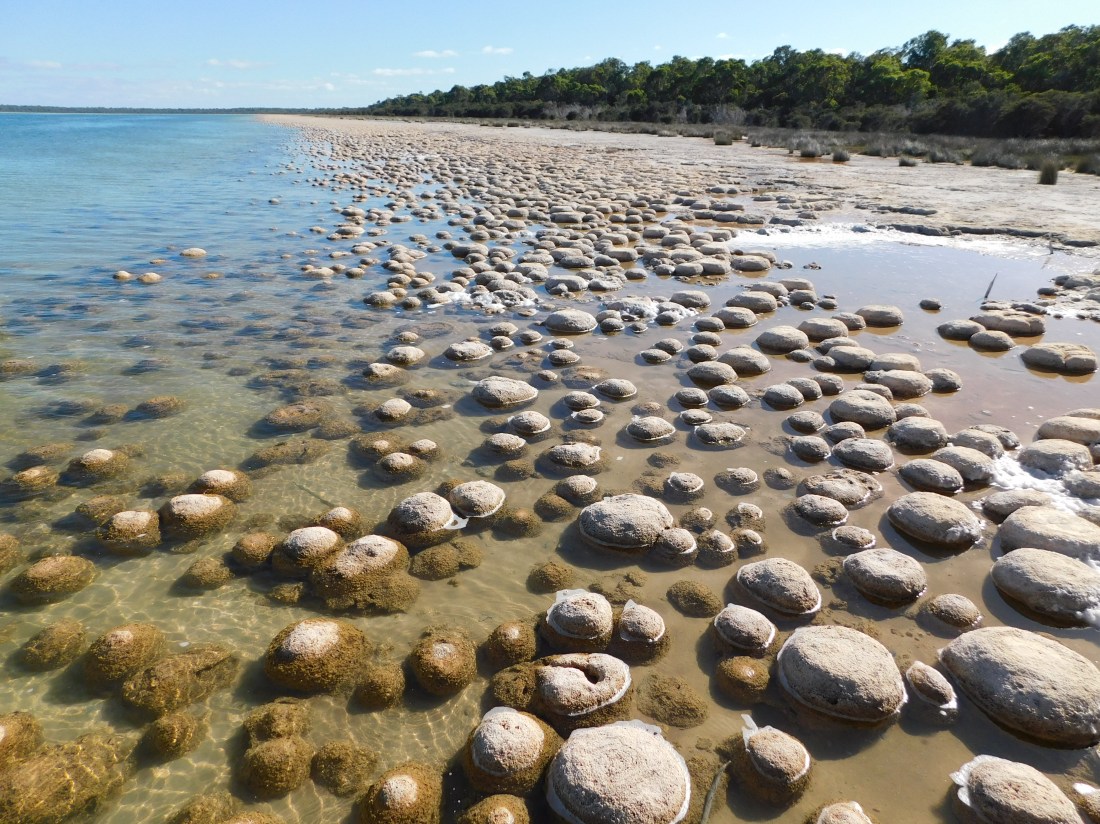 We left some washing running at the Waroona laundrette and picked it up on the way back through along with a water refill at the Visitor Info area. We could then chart a course back west to the camp making a nice round trip.