We were happy with our campsite and decided to leave it set up and head off for a day trip. A bit before Exmouth we drove up the Charles Knife trail which gets up really high really quick and gives some great views down the gorges. Into Exmouth we filled up fuel and water and had a look around town – fish and chips for lunch and a quick shop in the IGA supermarket – funnily enough for such a small town, they have two identical IGAs within 50 metres of each other – one is called Exmouth IGA, the other is Ningaloo IGA – same specials, same products, strange indeed. 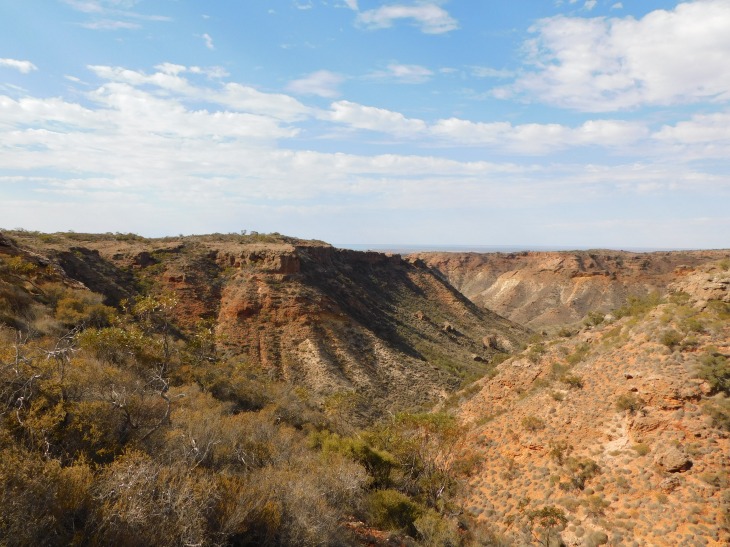 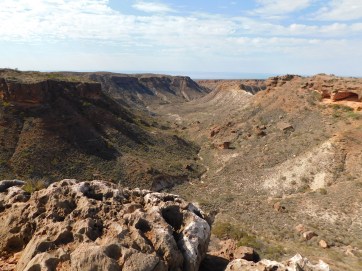 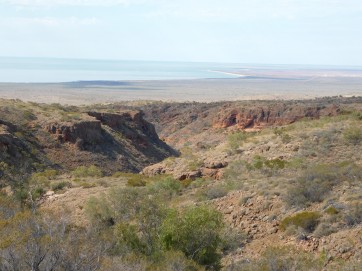 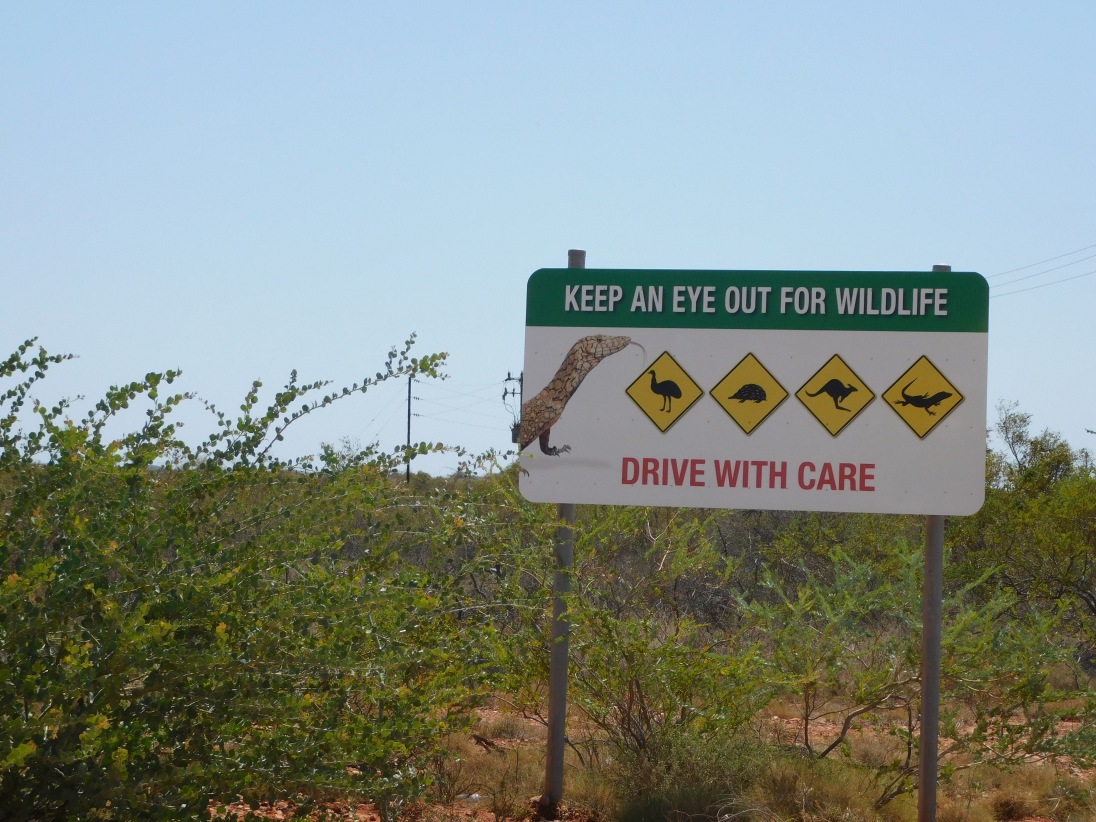 We decided to drive out around the point and head down into Cape Range National Park. The snorkelling site known as Oyster Stacks sounded like the best spot for kids so we pulled in there. The wind direction and a high tide meant it was not at all a good site and even accessing the water was difficult over sharp rocks and oysters. Some locals suggested we give it a miss and head back to Turquoise Bay. What great advice – not only does this place have a beautiful bay with a long sandy beach, but around the point is a great snorkelling site where you walk up the end of the beach, swim out to the reef, and then the current drifts you along slowly. Less time swimming, more time looking at coral and fish. Eventually you can swim back in to the beach and do it all again. 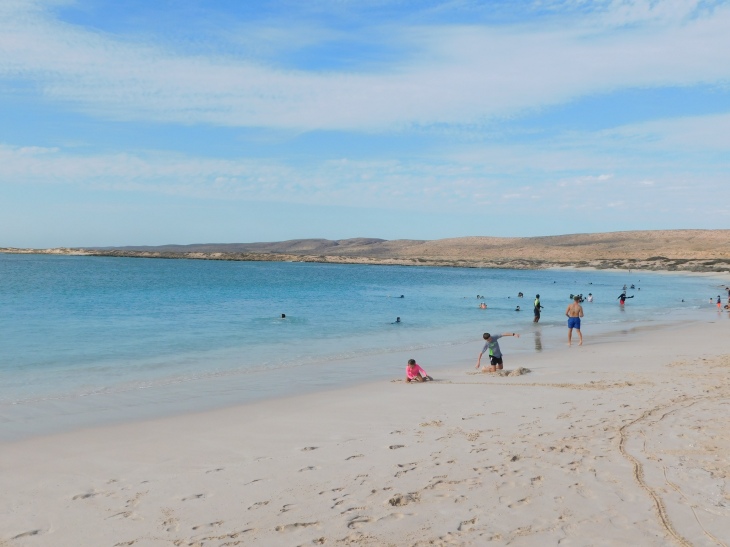 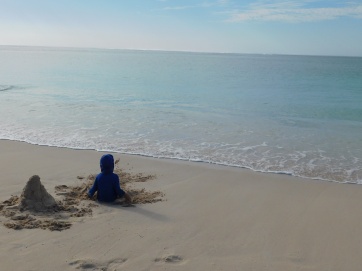 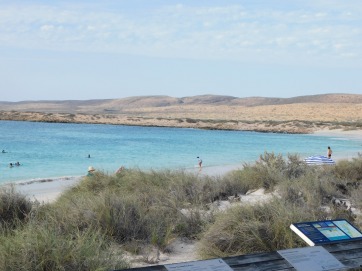 We spent hours on the beach as it was just so beautiful and the boys just can’t stop playing in the water. Finally we had to make a move and being so late in the day some chinese takeaway was widely agreed upon. Back to camp after a big fun day.