A slow drive out from Purnululu NP along the track. We hit the highway and decided to head further south to Halls Creek not knowing really what to expect or where to go or what to do. We dropped into the Visitor Info Centre for some ideas and updates on road conditions. The VIC suggested  visiting the original Halls Creek township just outside of town,  long gone yet visitors are able to explore some relics. 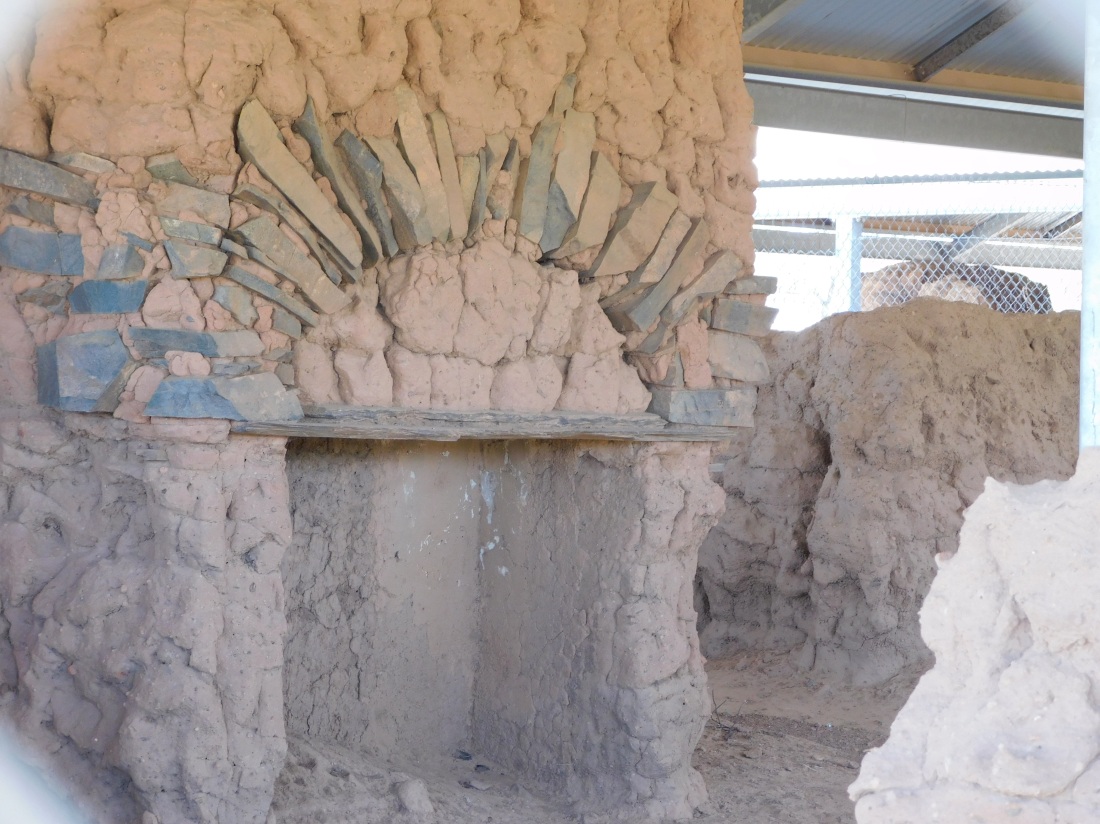 We decided to do a road trip out from town through some gorges and other sites we had a map for. First stop was the Great Wall of China which is a pretty unique outcrop of white granite in a blocky, linear formation amongst an otherwise red landscape. The line of granite runs for many kilometres – often underground – and then reappearing on the surface. 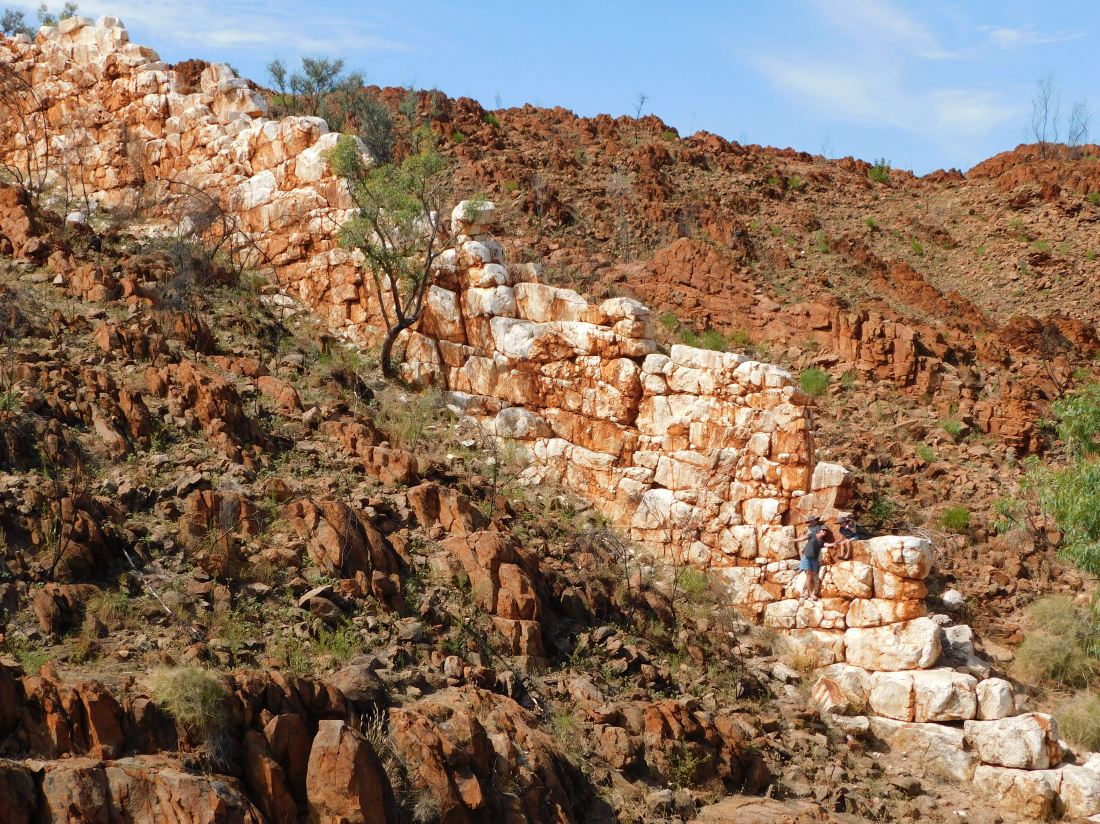 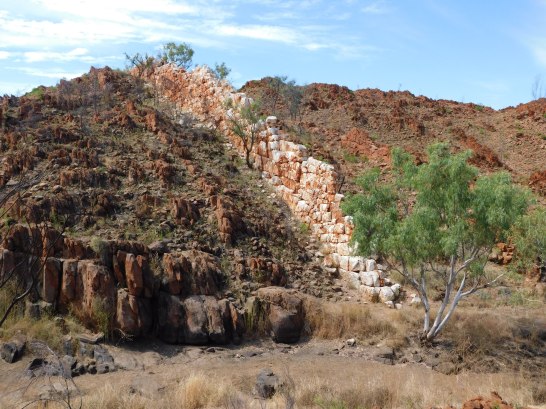 Next stop was Caroline Pool which had little water left but the sandy creek with large shady trees was quite pleasant. Further along was Palm Springs with clear spring water surrounded by Date Palms planted by the Afghan cameleers. We had a quick swim and then a short drive to Sawpit Gorge (or Saw-Tooth Gorge – actual name varies across maps). 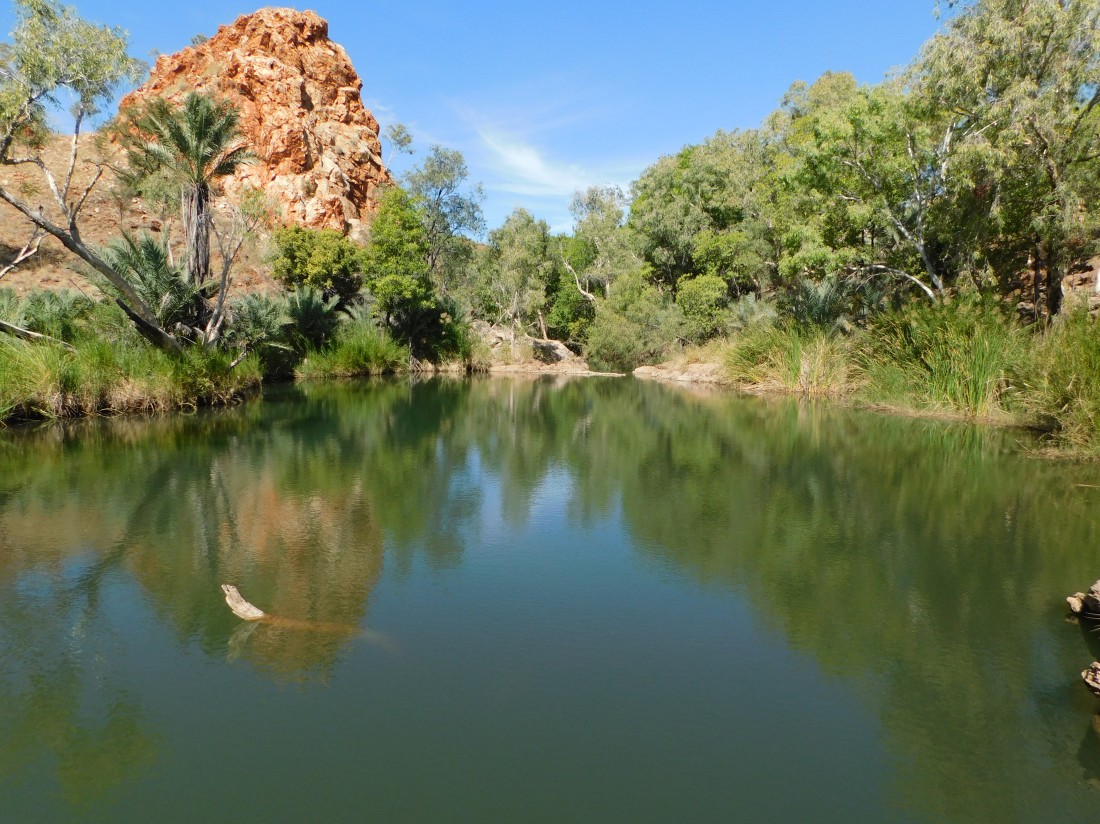 We had planned to camp at Sawpit but it was a bit busy so we decided to backtrack to Caroline Pool and camp there. One other car was camping there and we set the tent up down on the sandy river bed. 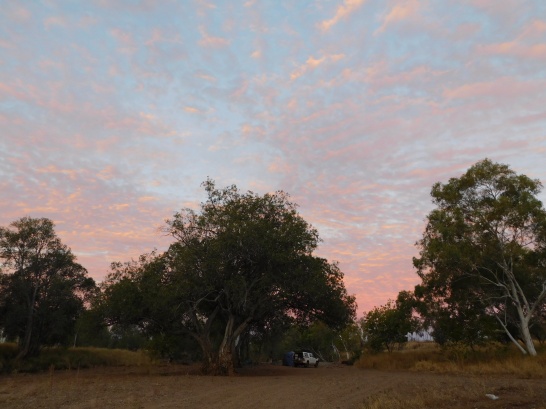 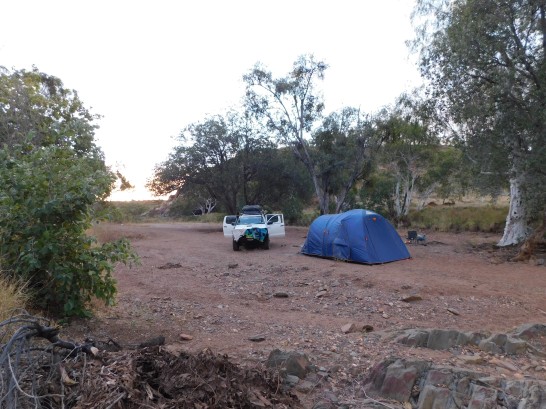 A pair of Tawny Frogmouths sat above us waiting for night. Lots of other birds came down to drink the last of the murky gorge water. 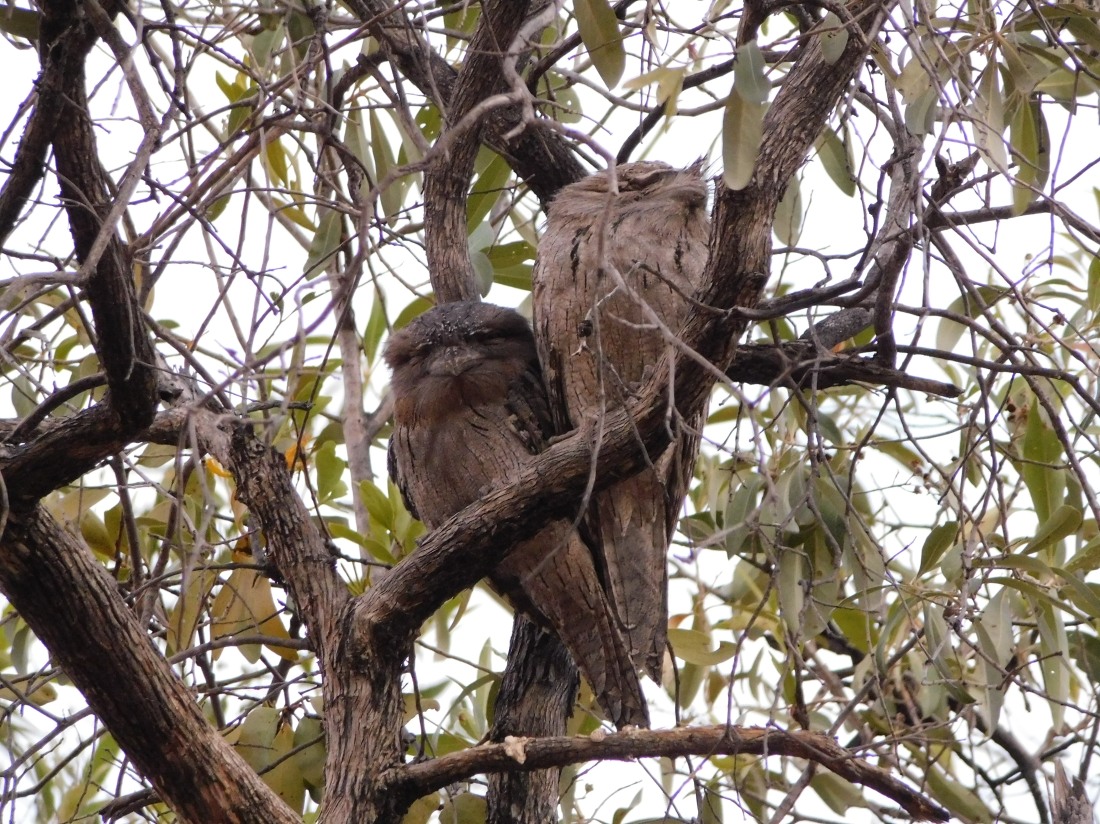 Some travellers dropped in and we chatted about where the road ahead continued to. They were going to follow it around for a few days to eventually end up back in Kununurra but not before traversing in and out of the Northern Territory weaving across the border several times. We looked at the map, decided it was a good idea and planned to use the Duncan Road to get back north rather than the bitumen highway. We got a good fire going and cooked dinner. 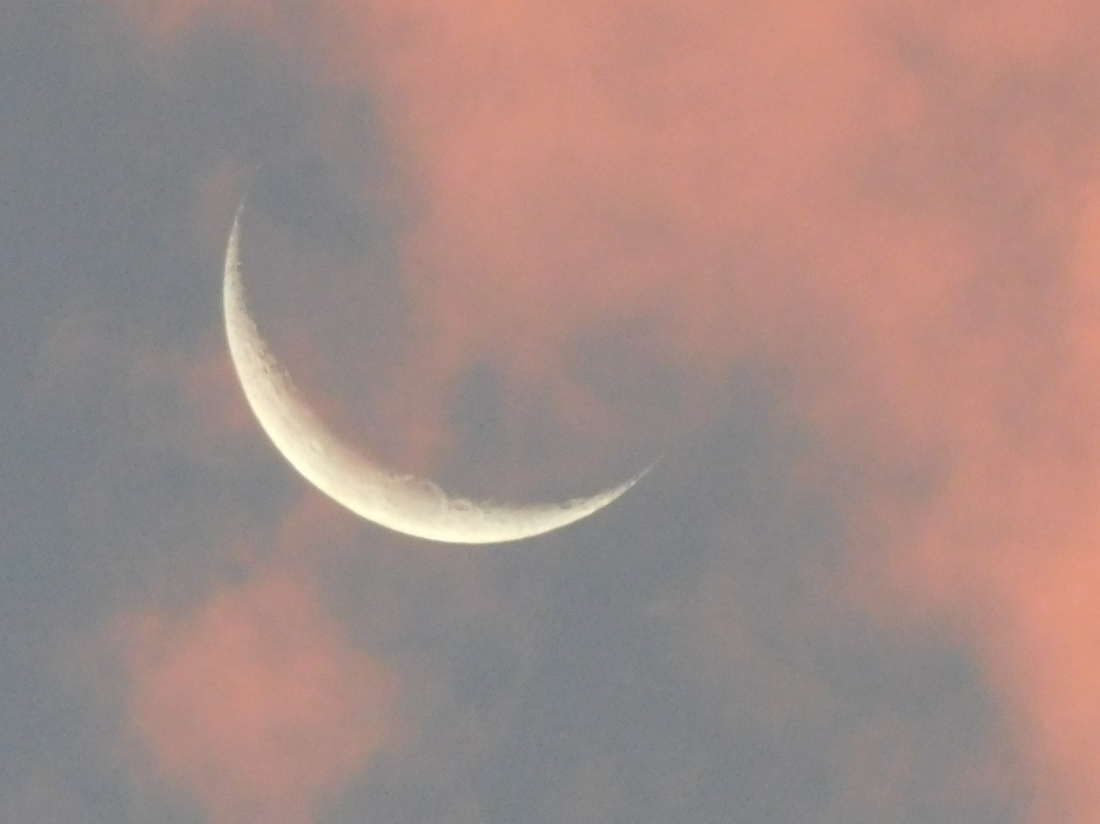