We headed off south on the big drive towards Alice Springs. We found a good campsite at Churchill’s Head – a fairly insignificant hill along an old section of the Stuart Highway that had been bypassed. Nice flat areas that have been well-used by travellers over the years made for a perfect overnight camp. Two other camper trailers and one caravan stayed at the same spot but there was plenty of room to spread out. There was good firewood and we realised that we were all huddling closer to the fire than usual – our 35degree Cobourg temperatures were being quickly replaced by a central Australian winter chill.

The next morning we got organised and hit the road early, stopping only briefly in Tennant Creek for some shopping and then onto Devils Marbles for a look around and a short walk up to the lookout. 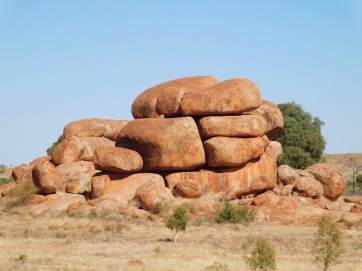 Otherwise we hit the kilometers pretty hard and pushed our way onwards to Alice Springs. If you don’t understand the grey nomad phenomenon then you need to get out on this road and see the numbers of caravans migrating north for the winter – at times it’s an endless procession of dozens in convoy. We made it to Alice Springs and found the place to be hectic – so many travellers the caravan parks can’t cope. We needed somewhere in town and ended up at nice caravan park where we were squeezed in to a spot that wasn’t suitable for a caravan but we could set our tent up on a nice flat spot. 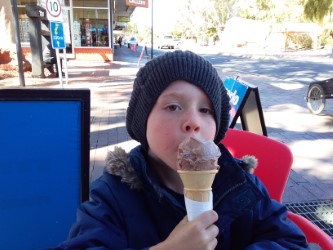 We spent a few days in Alice out and about, visiting places and preparing supplies. Olive Pink Botanical Gardens was nice with a good story about a feisty woman who determinedly – probably doggedly – established an area that protected the amazing plants and habitats of this area.

We headed out to Alice Springs Desert Park and had a nice bbq watching little wrens hopping around us. ANZAC Hill lookout gives a great perspective of the town and how nestled it is into the spectacular Macdonnell Ranges. We even ended up stumbling upon the Beanie Festival which was appropriate for the cold temperatures we were experiencing – there were lots of people knitting and sewing pom-poms at the cultural centre.  The boys had a good time on their scooters at the Skate Park – the other local kids being very welcoming and friendly.

We did a day trip out to Simpsons Gap – the closest of the West Macs gorges and saw the Black-footed Rock Wallabies early in the morning – in fact they put on a great show having a boxing match as they hopped between boulders – amazing to watch. 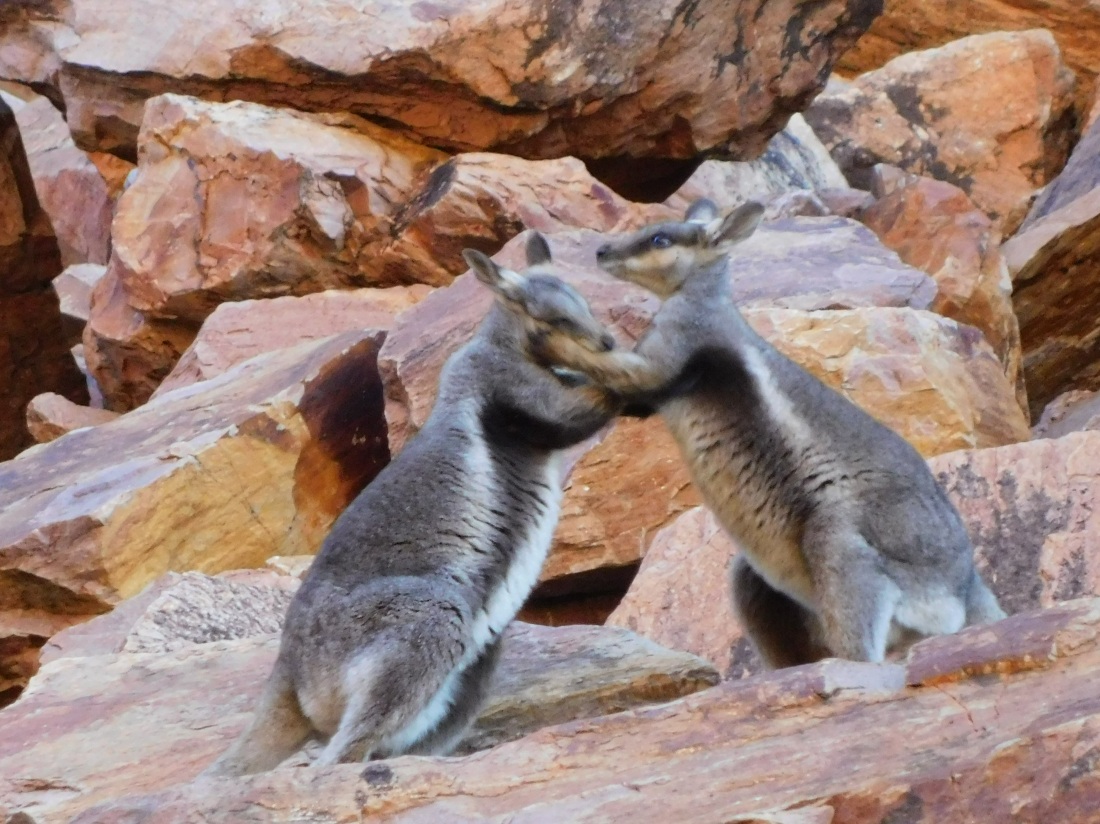 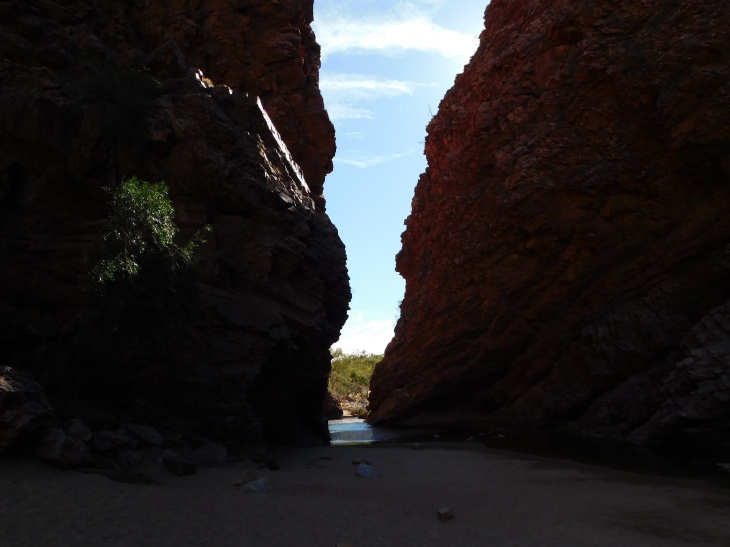 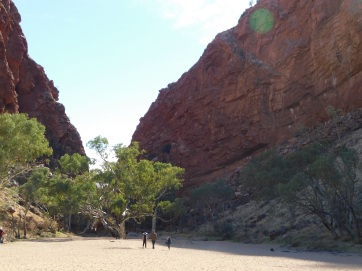 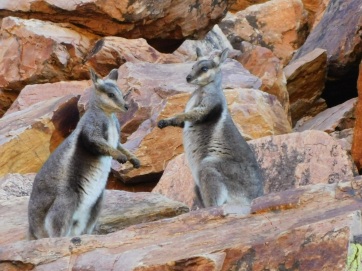 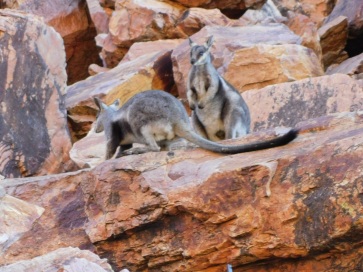 Sunday was Territory Day – when self-government was handed to the Top End. And don’t they still have some tense feelings about the previous regime and how they had to spend years “wrestling control of the steering wheel from the commonwealth bureaucrats” and other ill feeling still simmering away. To get over it they have this one day when fireworks are available to purchase – the last fireworks you can get in Australia – but on sale one day only – there’s even vacant shops that come alive just for this day to sell fireworks. We snapped up about forty bucks worth – some colourful ones, parachutes and some crazy bloody things that really shouldn’t be sold and are probably only safe to use if we declare war on Russia.

We decided to go to the main event in the evening which was a concert with some good smaller bands and then Rogue Traders headlining followed by some AWESOME fireworks – none of this cheap small backyard stuff – this was Territory Day fireworks and they were awesome. Of course the whole time during the concert – from dusk onwards – the backyard fireworks were going off non-stop. In fact they kept going off long after we were back at camp and in bed. We saved ours for a later time.