We continued our travels through the spectacular gulf savanna and stopped in at the Nathan River ranger station and had a look through the information and displays. Thought we had better get a pic for uncle Nath. 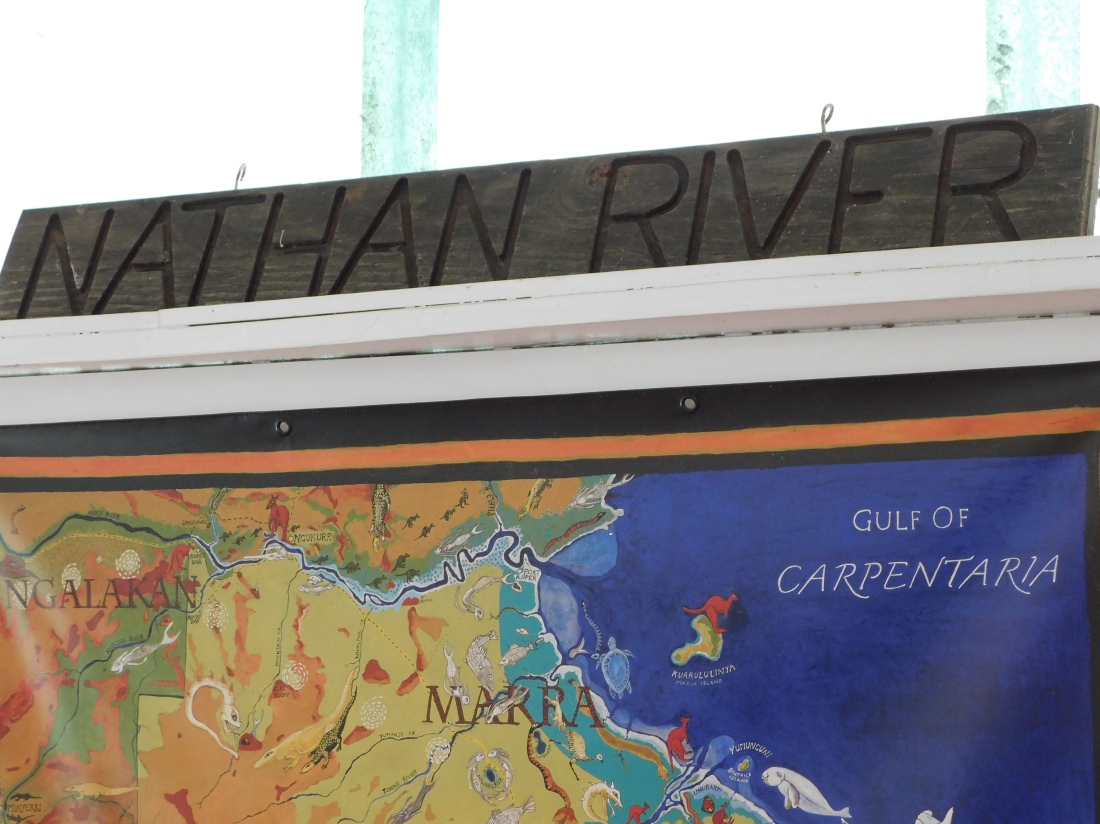 Hoping to visit the western ‘lost city’ rock formation we were put off by the description of the track conditions and decided that we’d make our way to the southern ‘lost city’ which was easily accessible and had a campground. 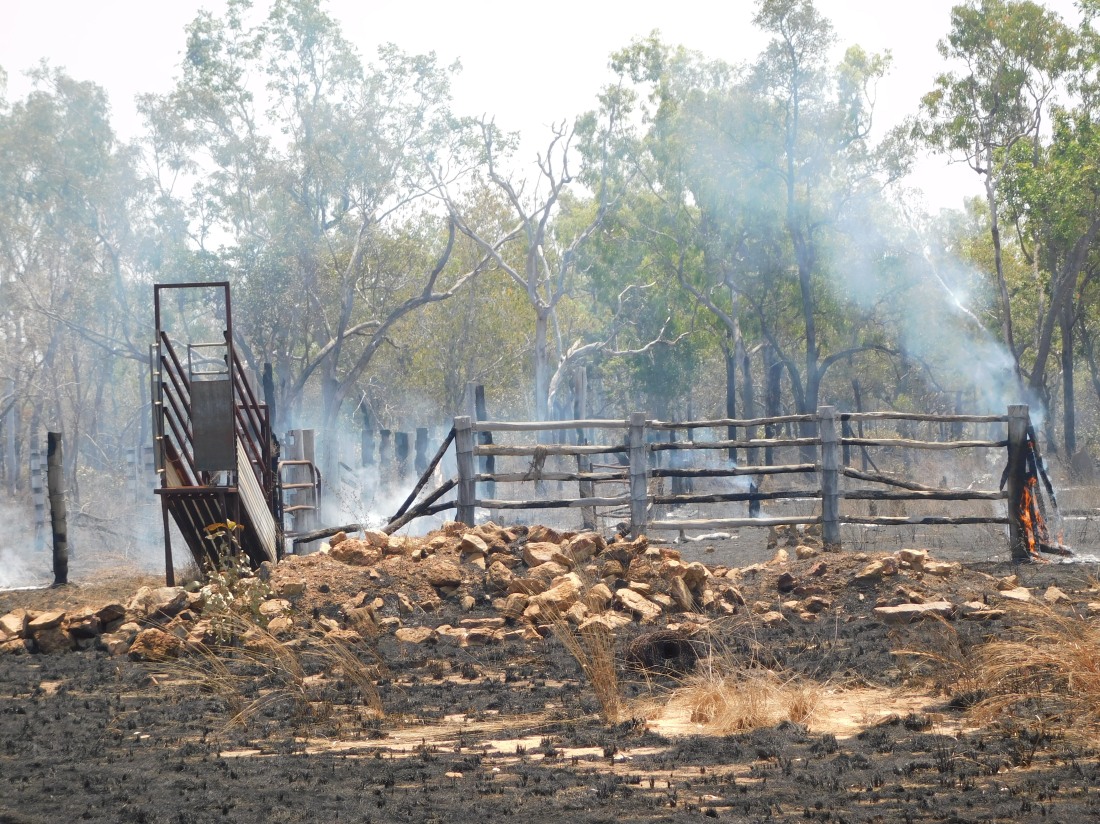 We stopped in at Butterfly Falls for lunch  – no waterfall so late in the dry season and the popular swimming hole was a murky pool which we steered clear of. 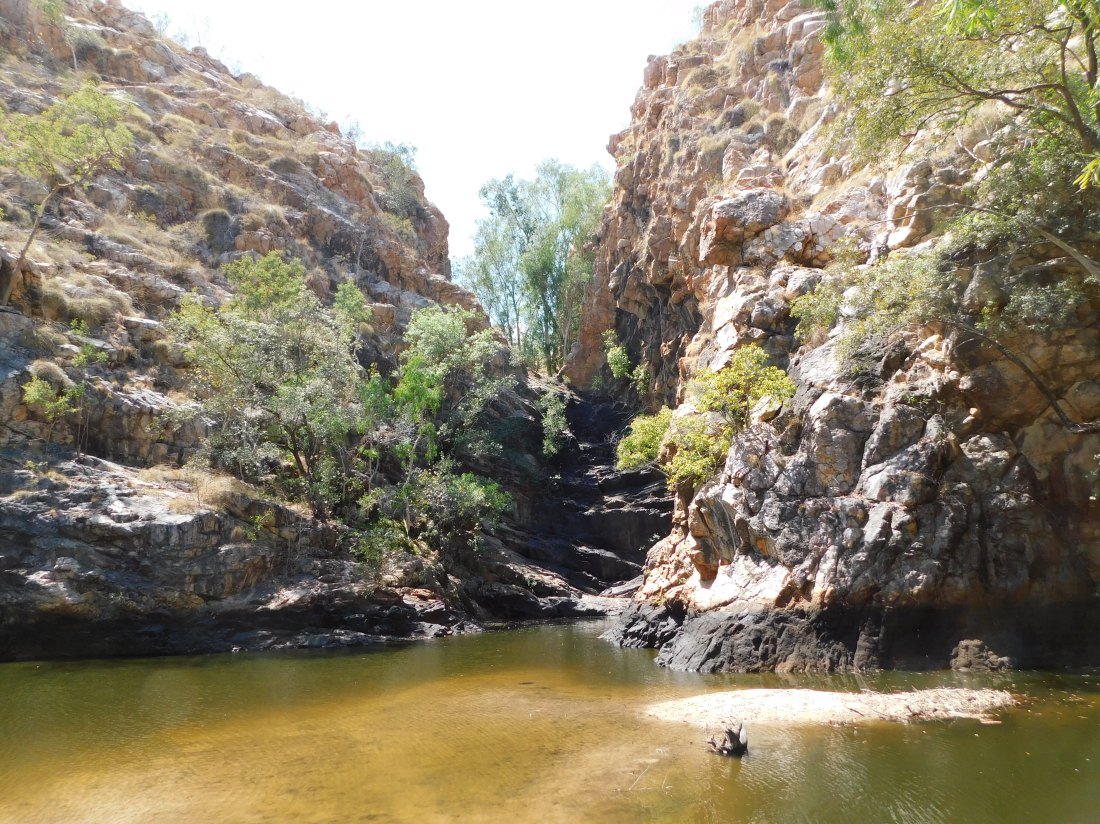 Just next to the water a shaded, cool, damp cliff face had hundreds of butterflies which would go still and camouflaged with their wings tight together but then at the slightest movement or noise the air would be full of beating wings. 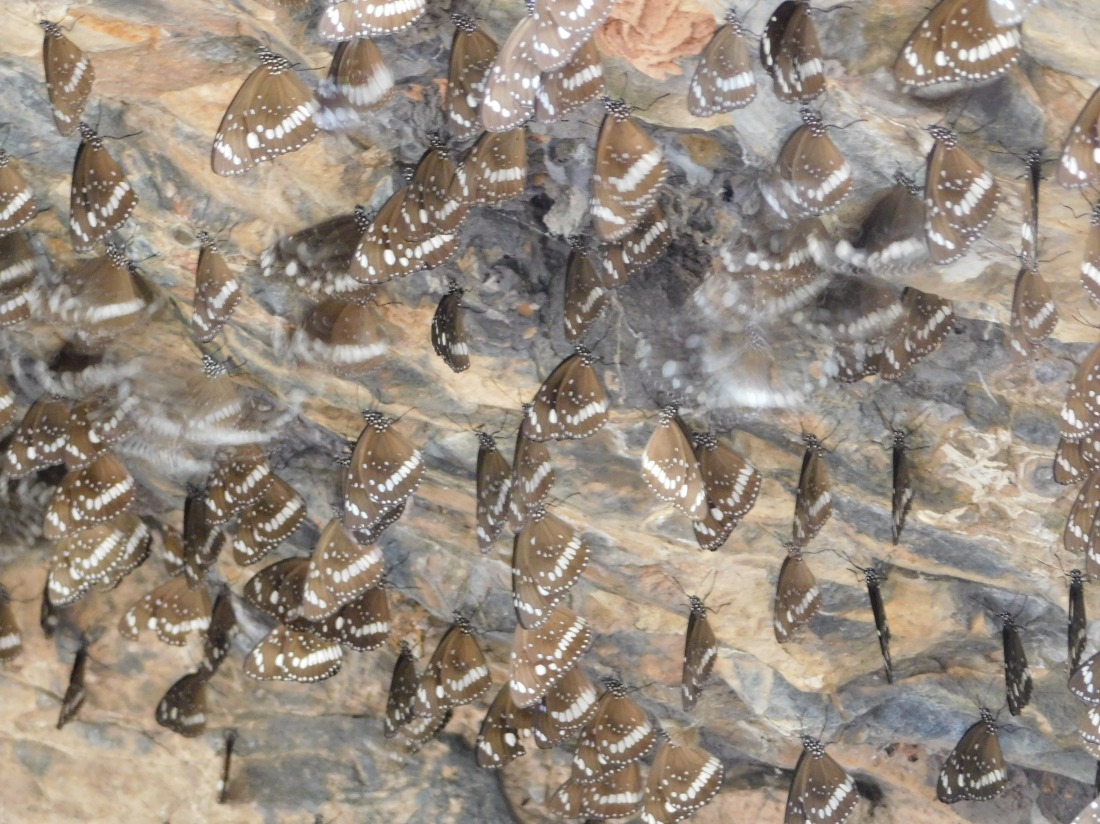 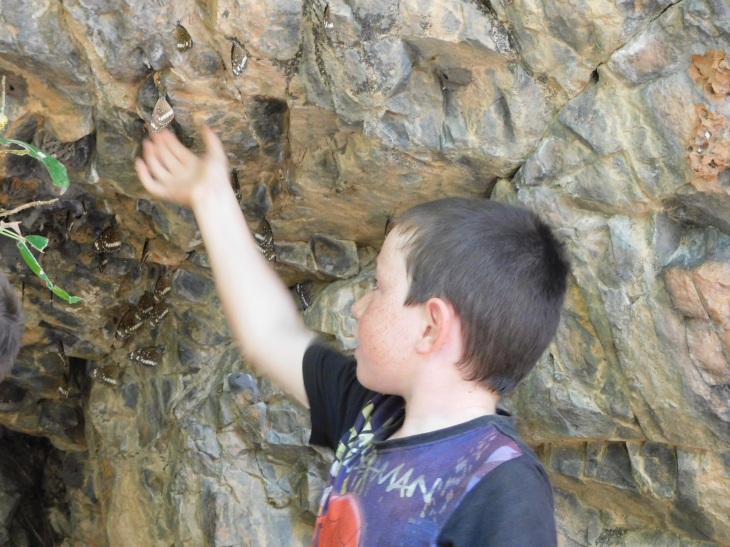 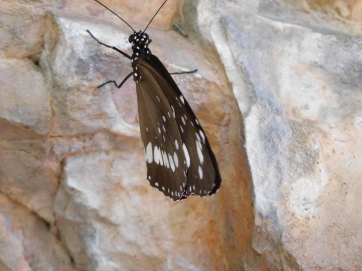 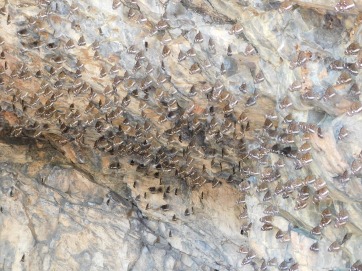 The incredible rock formations of the lost city are almost unbelievable with a great walking track that took us on a winding trail around, up, through and above the sandstone rock pillars. 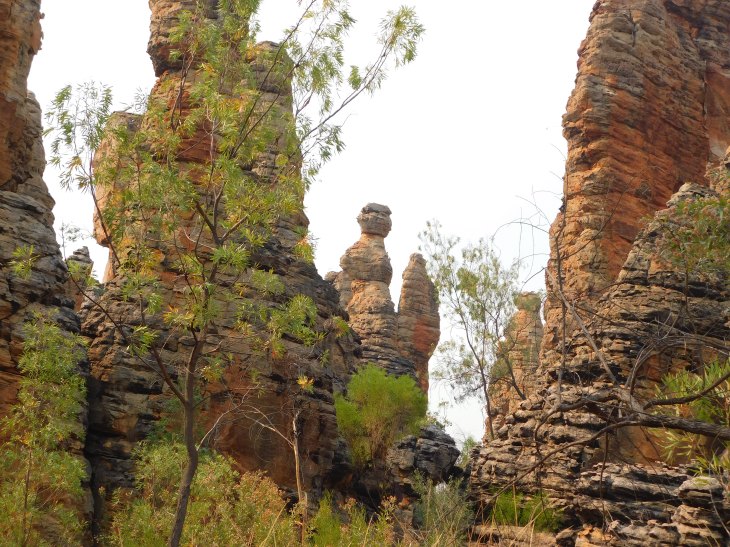 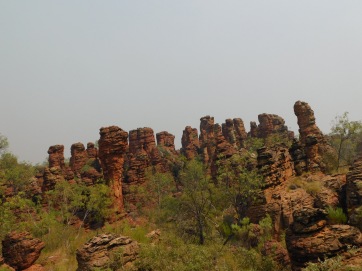 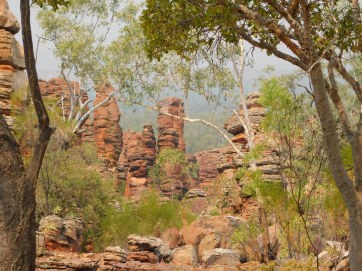 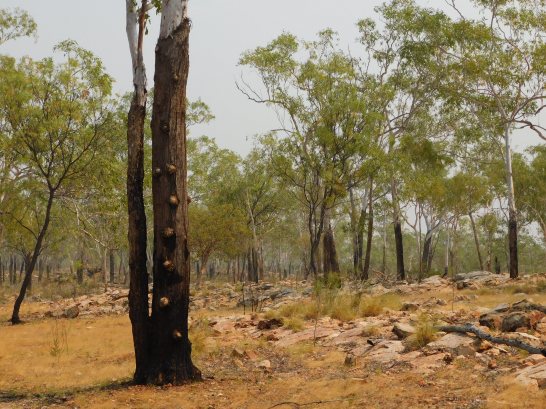 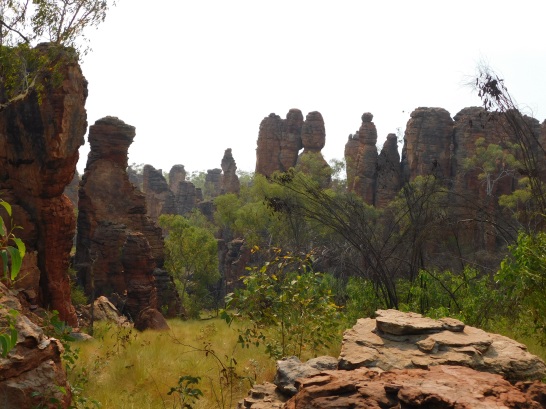 Our campsite had a view out over the rocks making it a great spot to sit and watch as the colours changed during the afternoon. 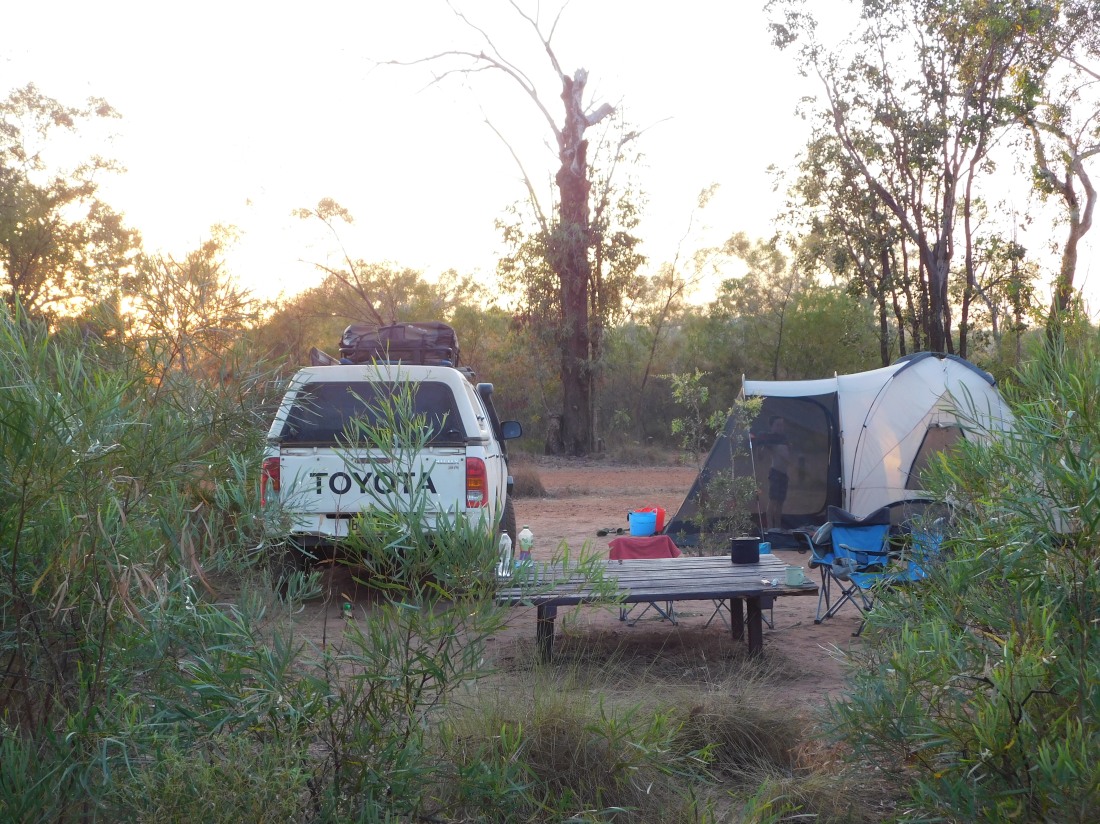