Back across the ferry with minutes to spare before the immovable, unstoppable lunch hour commenced and we were back onto the corrugated main road – it’s just the traffic volume that sees the track deteriorate to such terrible corrugations. A respite was the short cut road across towards Weipa from Batavia Downs which, again due to less traffic volumes this time, was pretty smooth driving as long as you were alert for dips, creeks, washouts and very large free-roaming cattle. We camped at a dry river crossing which had a small side trail which we could duck down and get away from the road.

The next day we were on the road early and made it in to Weipa – quickly noticing that it was a town built around mining. There’s a Woolies and we did a pretty big shop having not had a decent supermarket since Mt Isa a few weeks ago. We decided to head north from Weipa up towards Mapoon hoping to find a nice camp where we could watch a sunset out over the Gulf of Carpentaria. 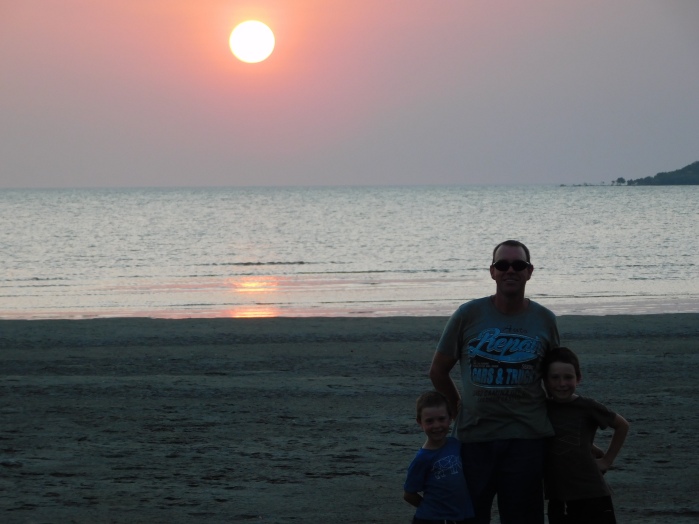 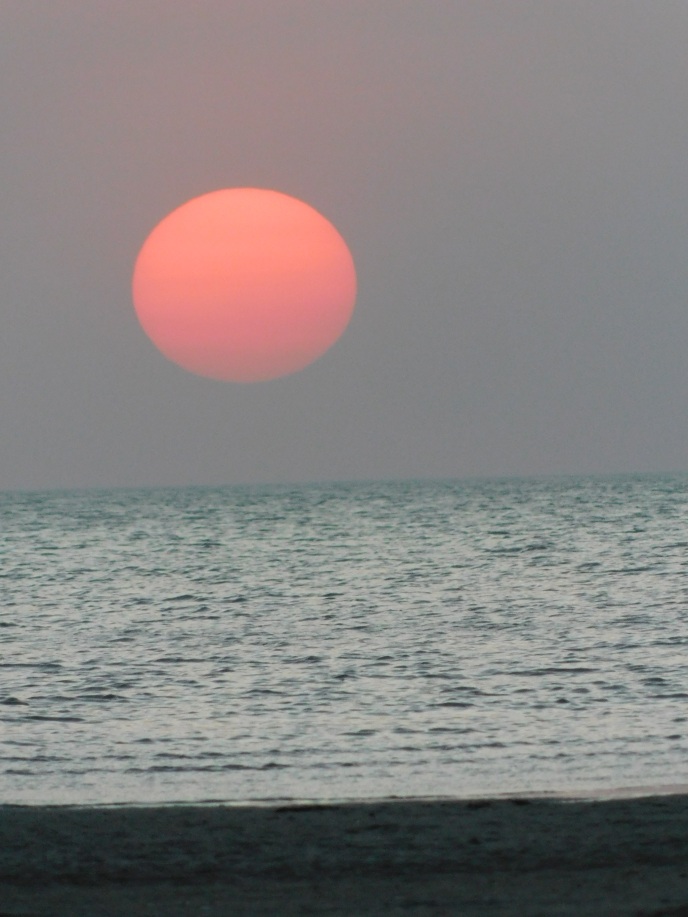 We drove in to Red Beach and then up to Bouchat Beach really just to have a quick look around but we realised that it would be a great spot to camp right on the beach. There were incredible shorebirds – large flocks and individuals – all over the mud flats. The frigate birds were also a new sighting for us as they flew in to roost.

We levelled out an area of sand on the beach for the tent and there was plenty of wood for a fire. The sunset was pretty impressive even though there was a bank of cloud but as it got down below it was spectacular.

Off the next day towards Mapoon which has some interesting history – one of the earliest encounters with the Dutch back in the 1600’s – an important moment in Australian history as hostile as it was. It was also an area that saw the Aboriginal people removed from their land – this is only going back to the ‘60’s – conveniently this was about the time that bauxite mining was just starting to be investigated. We did a great walk along the beach at Cullen Point which is just beautiful. 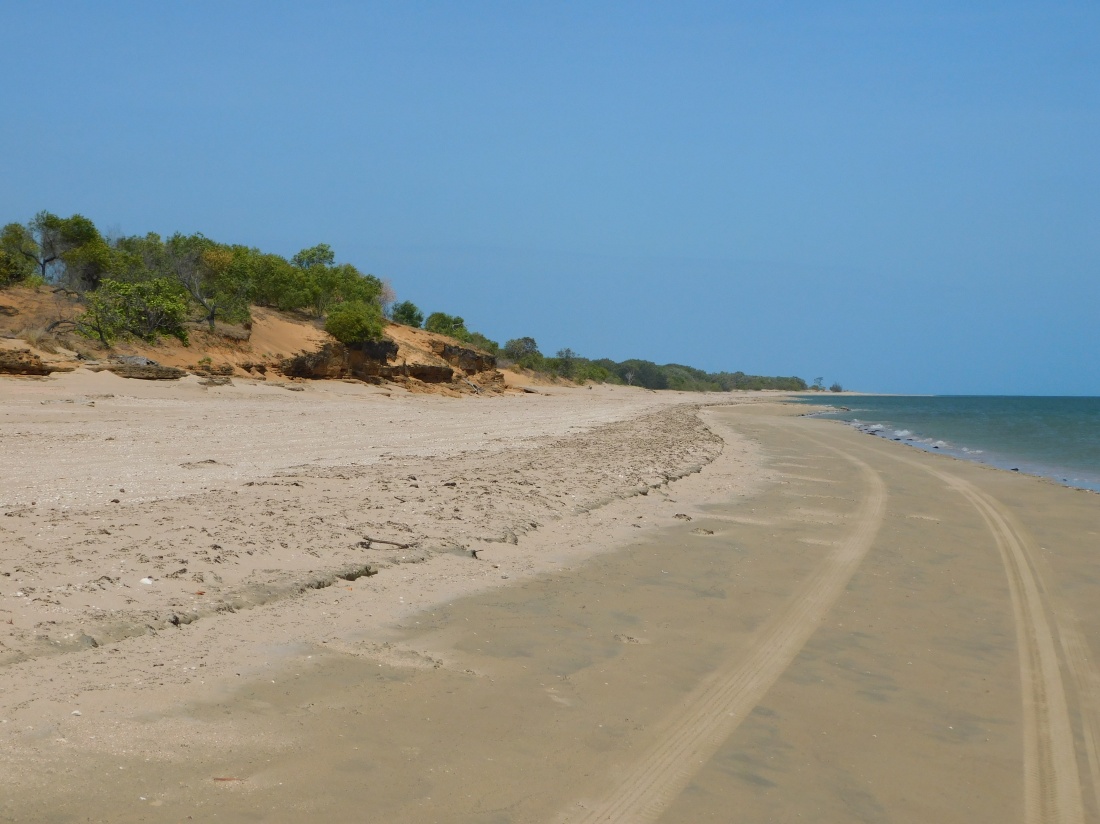 Unfortunately, like we found at Gove Peninsular across the other side of the Gulf, the rubbish from Asia gets carried in on the current each year and the result is a mess of plastic litter clogging the beaches. One clean-up they counted 12,000 thongs….that’s each year washing up on one section of coastline…incredible and unstoppable.

Fortunately, like when we were up on Gove, the rubbish clean-up had taken place and we saw the beaches and ocean in their best condition. We backtracked in the afternoon and headed off towards the upper reaches of Port Musgrave inlet – a bay with various rivers entering. Near a spot called Batavia Landing we found a cleared camping area that had sweeping views up and down the wide river.

The camp was around ten metres above the river so nice and safe from the big cruising crocs we saw patrolling their territory. A few small boats came past quietly trolling lures for the monster barra that would be in there somewhere. Out of nowhere a dog showed up – we looked around expecting someone to be walking him but no one came. We called him “Camp-Dog” because we are pretty sure he gets left out at an Aboriginal camp while his owners go back into town and he has to fend for himself for weeks at a time. He survives by moving in with anyone who sets up camp. In the end he slept against the wall of the tent for some of the night before realising we left our camp chairs set up so he got nice and comfy up off the ground (we had to wash the chair because Camp-Dog ain’t very clean). 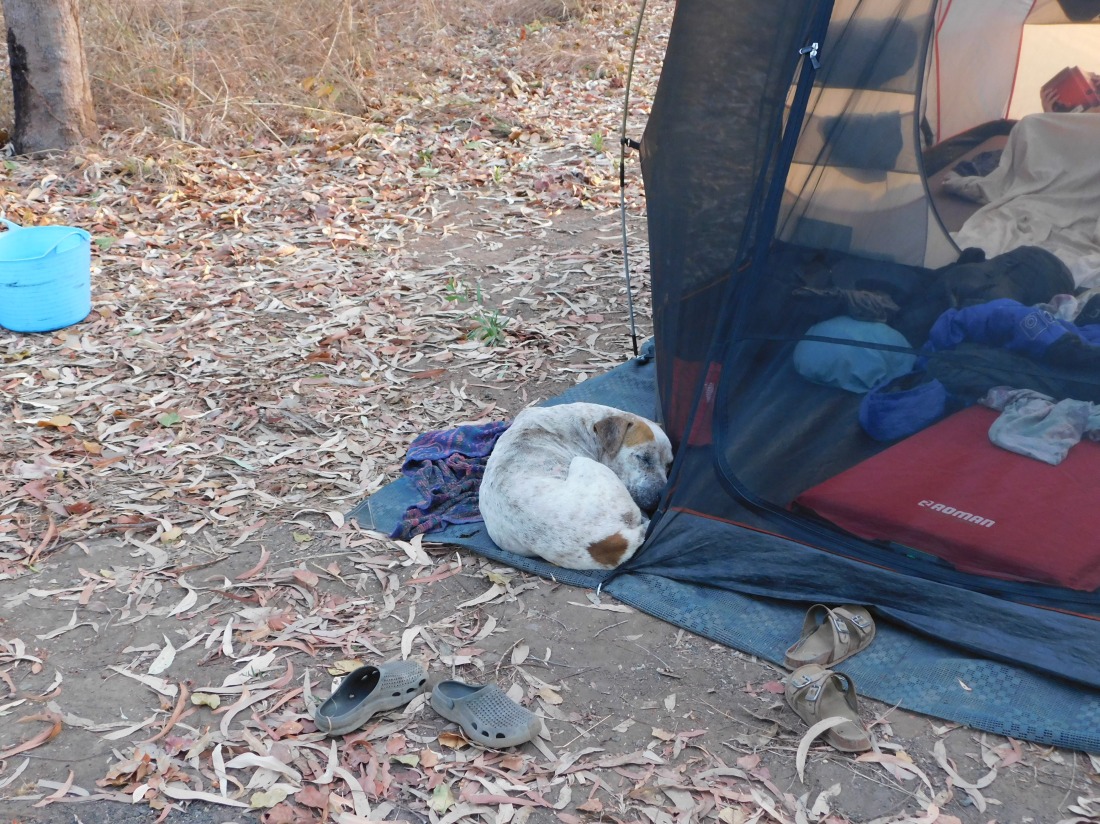 As we left in the morning he started running along behind the car – the track was slow to start with and he kept up but finally we got some speed and he disappeared in the dust. We stopped to have a look at another river view spot and, amazingly, along came Camp-Dog huffing and puffing but looking surprisingly fit for an old scruffy dog. This time we didn’t look back – as much as we realised we’d bonded – we needed to leave Camp-Dog behind asap so he didn’t have a huge distance to get back to his ‘home’. We hit the pedal and got some speed up to get away. Some say Camp-Dog made it to the bitumen outside Weipa before he realised he’d lost us – some say he’s still making his way down the Cape York Peninsular hoping to find us camping along a river somewhere. We hope Camp-Dog has gone back to welcome the next campers to his home and keep them company like he did with us. 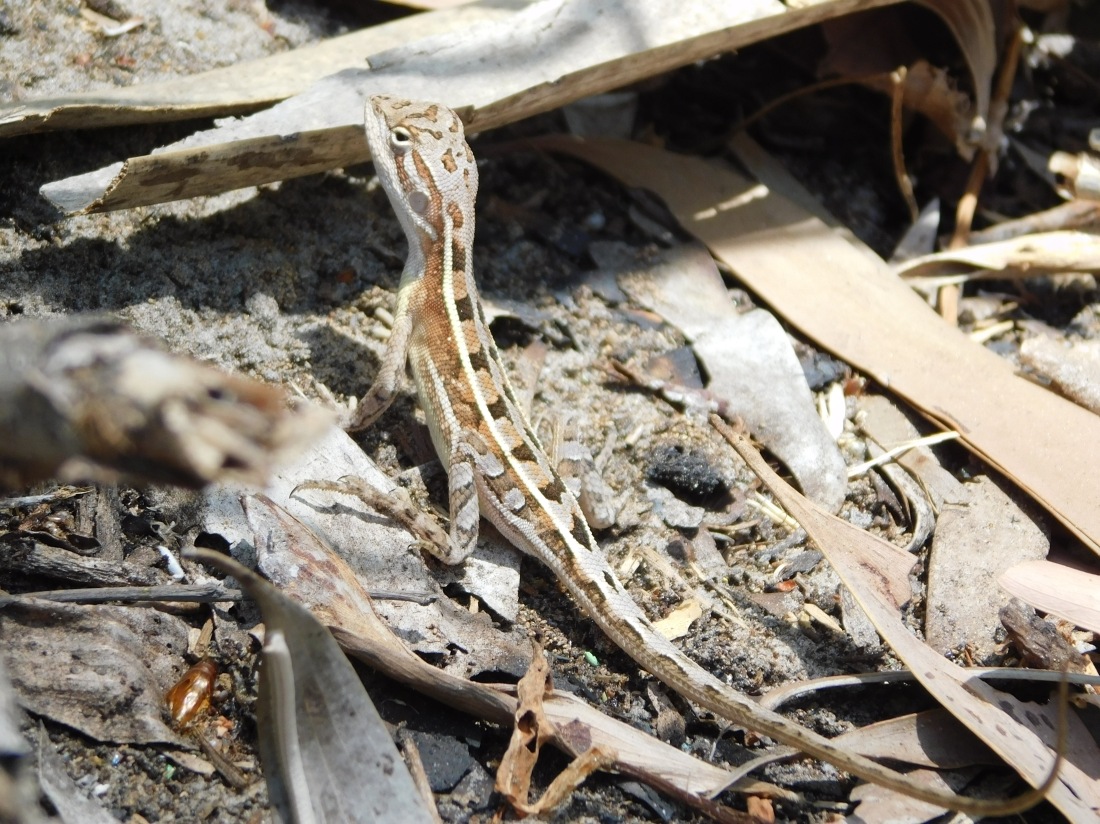