The Bloomfield Track continued to be steep but we were ready for it now and just took it slow. It’s an incredibly scenic drive – if the first taste of the ancient, tall, dense Daintree rainforest isn’t enough then the ocean views from so high up in the ranges is sure to amaze!

Towards the Cape Tribulation end is a nice crystal-clear creek crossing which is wide and deep enough to deter many non-4WD vehicles from attempting the track. We passed by Cape Tribulation and were immediately struck by the numbers of tourists, backpacker vans, full carparks and traffic.

Hoping our campsite was going to be different, calm, peaceful, private – we were a bit disappointed that our spot was still occupied – no problem that they were allowed to have time to pack up camp but there seemed to have been little to no progress on that front so far. The problem in these pre-booking campsites is that you can still show up and the ‘stealth campers’ will have taken the site you have booked and paid for…..awkward!

Anyway, we had plenty to explore so we drove off and did some nice walks through the coastal forests where the rainforest and mangroves blend.

The raised boardwalk at Maardja is good and offers protection from any angry Cassowaries that decide to attack – but at this stage we are desperate to see any Cassowary we can! 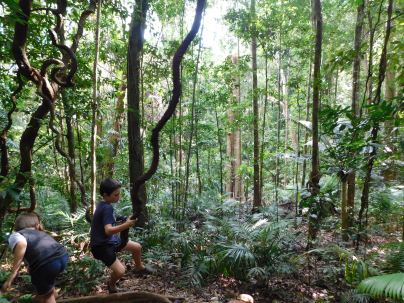 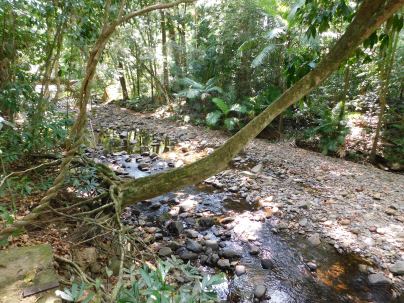 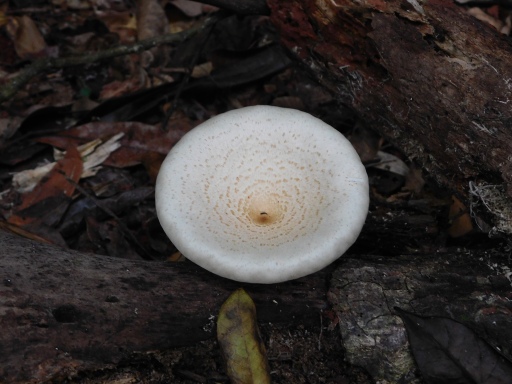 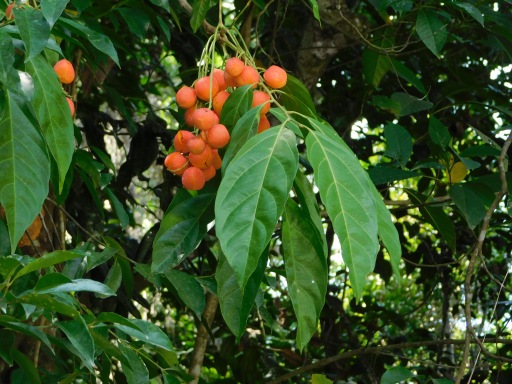 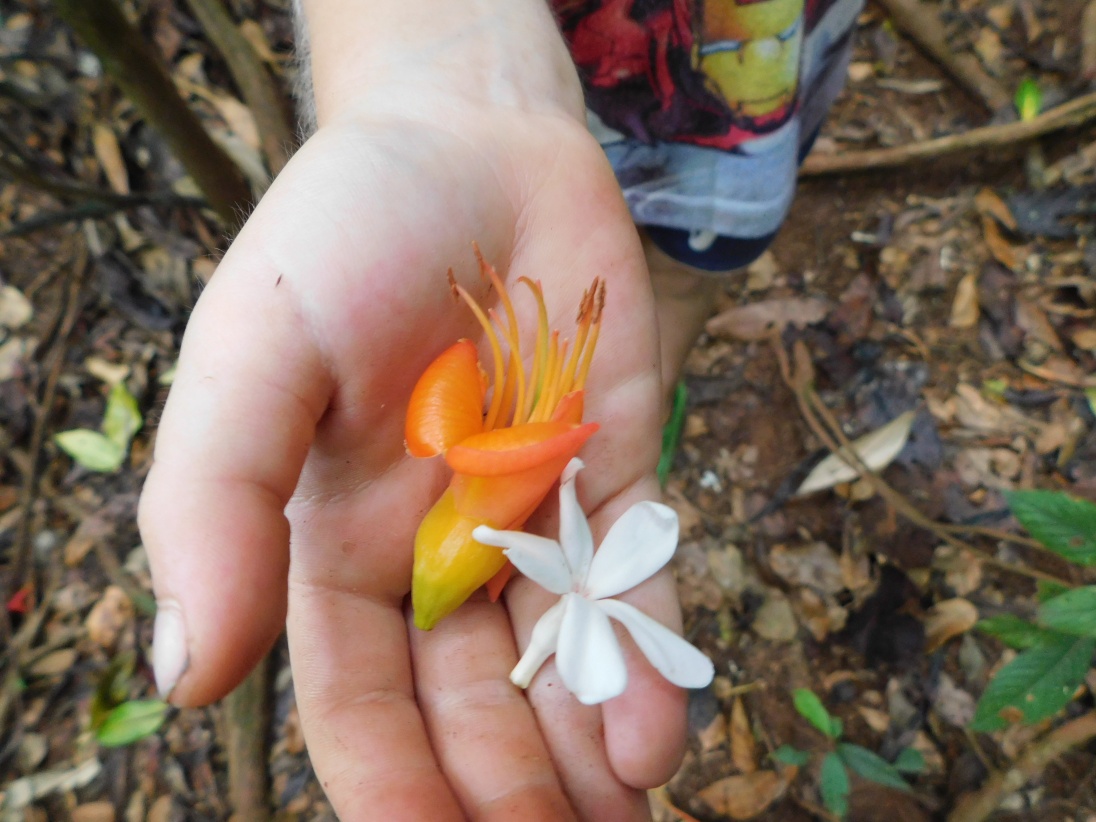 Thornton Beach was a good stop too with the light winds putting on a flat glassy ocean. We dawdled along the beach and spotted a shark hunting in the shallows. Back into the village and we found a new walk to do around the Dubuji boardwalk. A pair of Shining Flycatchers caught our eye in the mangroves and as we focused in for a photo a group of tourists stopped to look for the crocodile or cassowary that we must have spotted. 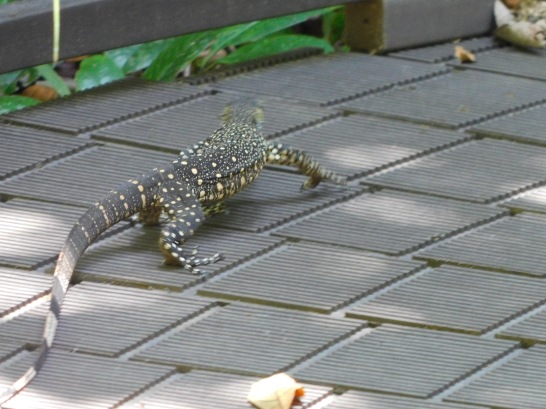 Then a tour guide with a dozen followers came along asking if there was a cassowary….we ducked and weaved and got out of there! Back to our campsite and we were slightly closer to moving in and evicting our squatters. It was pushing 2pm so we claimed some space and cooked up a sausage sizzle.

Eventually they left and we could officially move in for our three night stay. It was an awesome spot with a short track to the beautiful beach but rainforest shade at the campsite which was a very welcome refuge from the heat.

Out of the rainforest and we stopped at a tea plantation that was planted as a trial back in the ‘70s. A basic information shed gave a good overview of the history and processes and we bought a few packs of their Daintree Tea Company tea bags and loose leaf.

The Jindalba boardwalk was our best hope for a Cassowary sighting and the adjacent picnic areas have many signs telling people not to feed or annoy the big birds so we were hopeful we were in the right spot. We got there early at about 7.30am before anyone else and did the boardwalk section – lots of other birds but not the target. A rougher and less used bush track leads off into the denser jungle and we decided to have a look along there.

Almost straightaway we were finding older Cassowary droppings and eventually some fresher piles.

Lachie was the leading the search party along the walk when he spotted a big Cassowary on the track in front. We tried to snap some photos but the rainforest was so dark it was almost impossible to get a good shot. Then we noticed the juvenile Cassowary that was following along with its Dad – a big brown bird which was fantastic to see.

The most amazing thing was how we could watch them from the track as they browsed through the rainforest and they weren’t interested in us or scared in any way. They just pecked up fruit after fruit off the ground and gobbled them down whole. After about ten minutes they wandered into denser scrub and we couldn’t watch anymore. We tried the track again the next day as we driving past but didn’t have the same luck again. 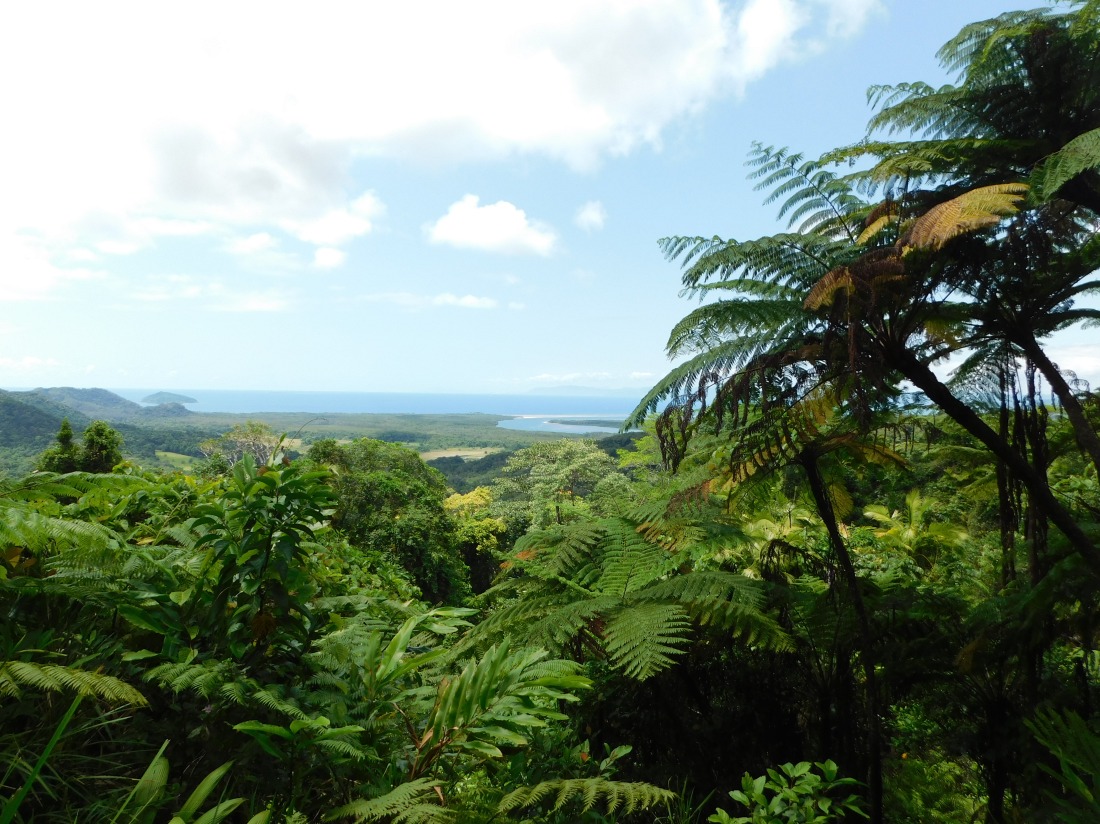 Down on our beach, we fished in Noah Creek which had big fish zooming around but we were on a low tide which was the best excuse Josh could find for not getting even a small bite.

Around a small headland we found a secret cove with a pretty stretch of beach – Captain Cook hadn’t seemed to record it so we named it Keating Beach. The pair of Beach Stone Curlews were the only others to have left some footprints. 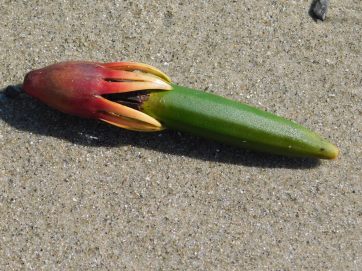 Overall a great experience spending a few days here – nice campsite, beaut beach with awesome sunrises and sunsets and great short walks to see the Daintree up close – and the Cassowaries; did we mention the Cassowaries? Plural. Dad and young one. We saw two Cassowaries.