As we departed the Atherton Tableland we stopped at a few spots on the way. First was Hasties Swamp which had lots of birds – nothing we saw was a remarkable addition to our bird list but the interesting feature here is the two-storey bird hide – still not sure why there was a need to construct a high-rise viewing structure but it’s unique. 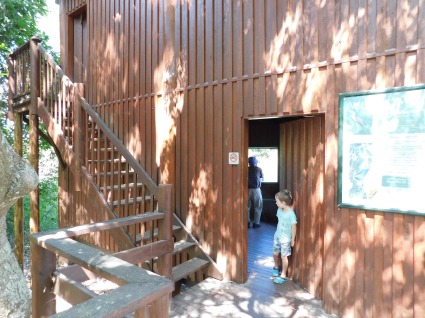 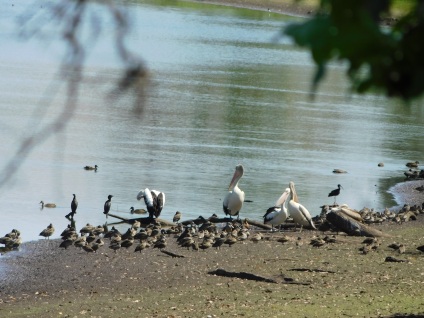 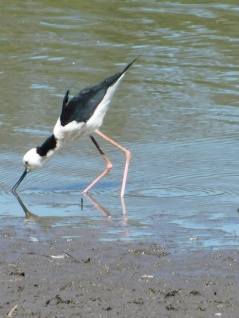 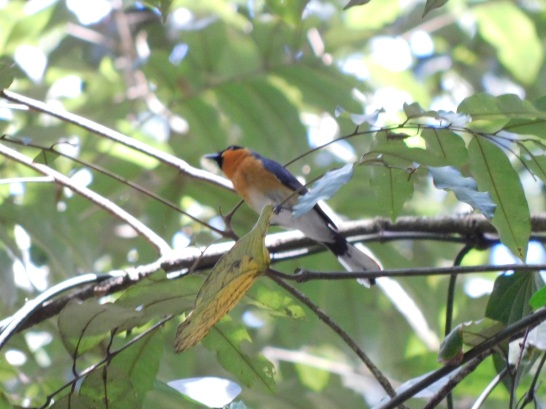 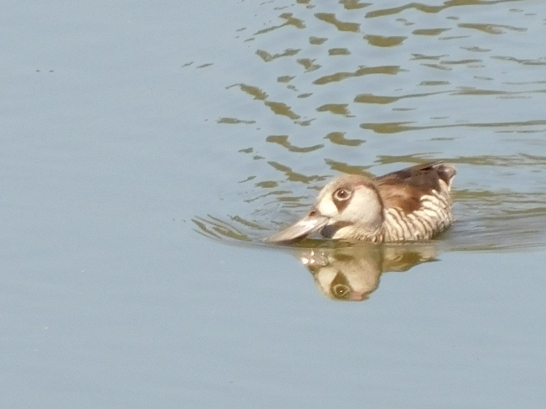 We also decided to have another go at tree kanagaroo spotting in Wongabel State Forest but the walk we did was pretty quiet. Next stop was Milla Milla Falls which are considered to be one of the most picturesque waterfalls. It was nice but busy with backpackers and tourist buses and we decided to skip the tourist drive that loops around past a few more waterfalls.

Just as the highway starts winding down to the coastal flats of Innisfail, there’s a nice picnic and camping spot called Henrietta Creek where we stopped for some lunch. As we stepped out of the car a swarm of march flies hit us and did they bite with some ferocity! There were hundreds. We ate quick, walked a few hundred metres down a track to the creek, had a quick swim but then gave up and got back in the car – as nice as the campsite looked we weren’t hanging around with these bities. 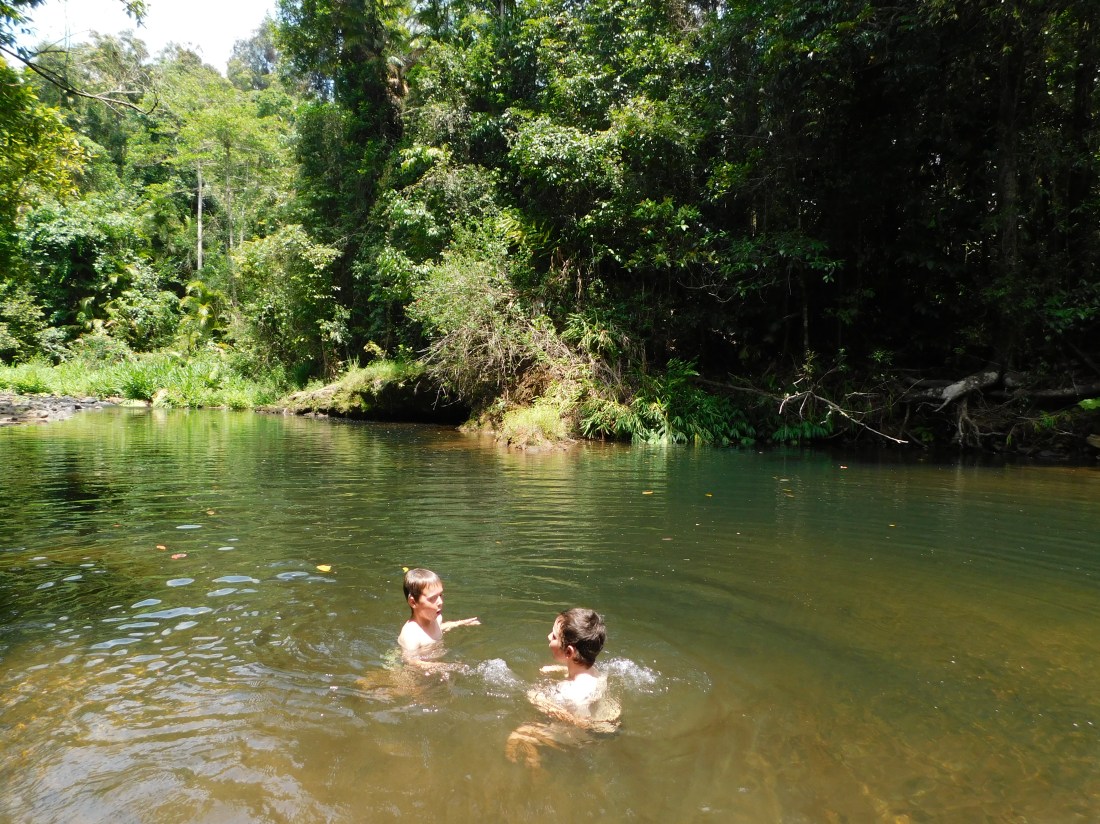 Just down the highway, a sign points off into the bush to Misty Mountains – it’s not immediately clear what that is but we knew there was a campsite about 12kms in which was unlikely to be frequented by the backpackers which we knew were going to flood the camp where we had just had lunch. It was a steep, winding 12kms and probably took about 45minutes but it was a beautiful drive through rainforest and across crystal clear creeks. 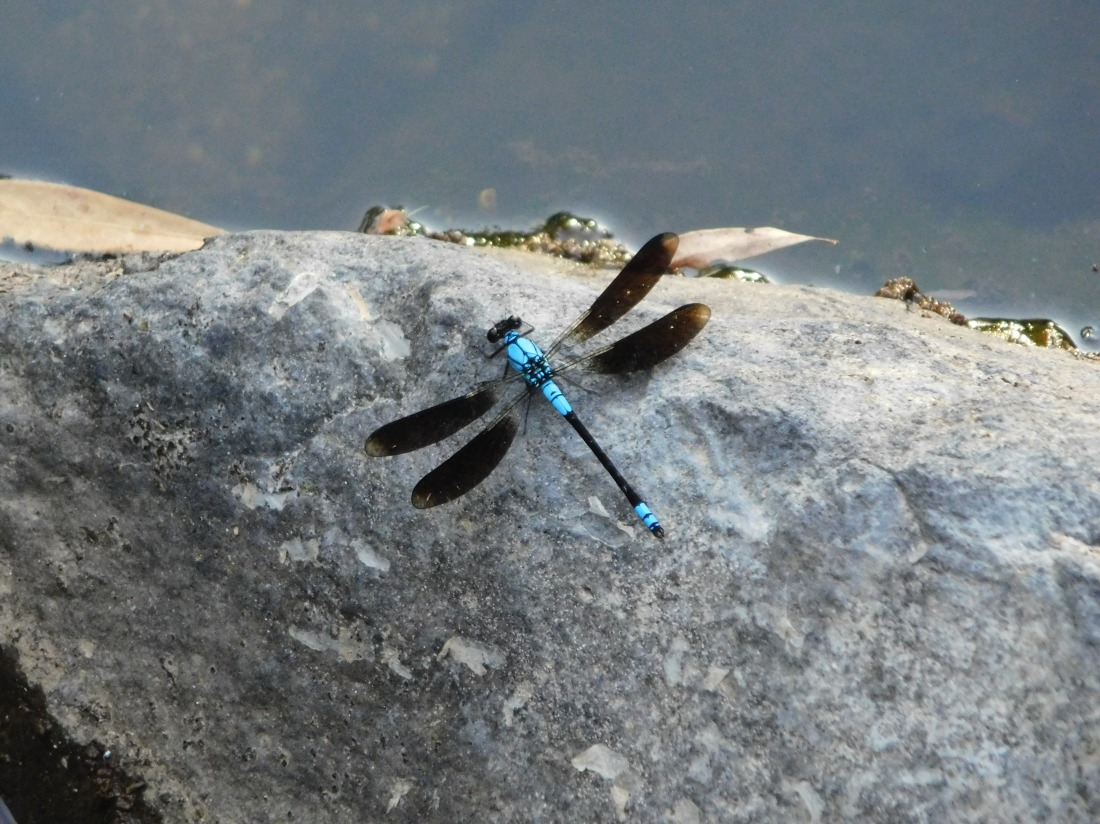 The campsite was small but no one else was around. There’s a small besser block forestry hut with a water tap fed from the river and the campground has some picnic tables and good sized shelters. Unfortunately, the march flies were there to greet us – we must’ve passed through a climatic boundary as we left the higher elevations of the Atherton Tablelands and these nasty, hurtful, sneaky flies are in plaque proportions. The camp is in the middle of the Misty Mountains rainforest – probably one of the most remote areas of wet tropics rainforest you can drive to. 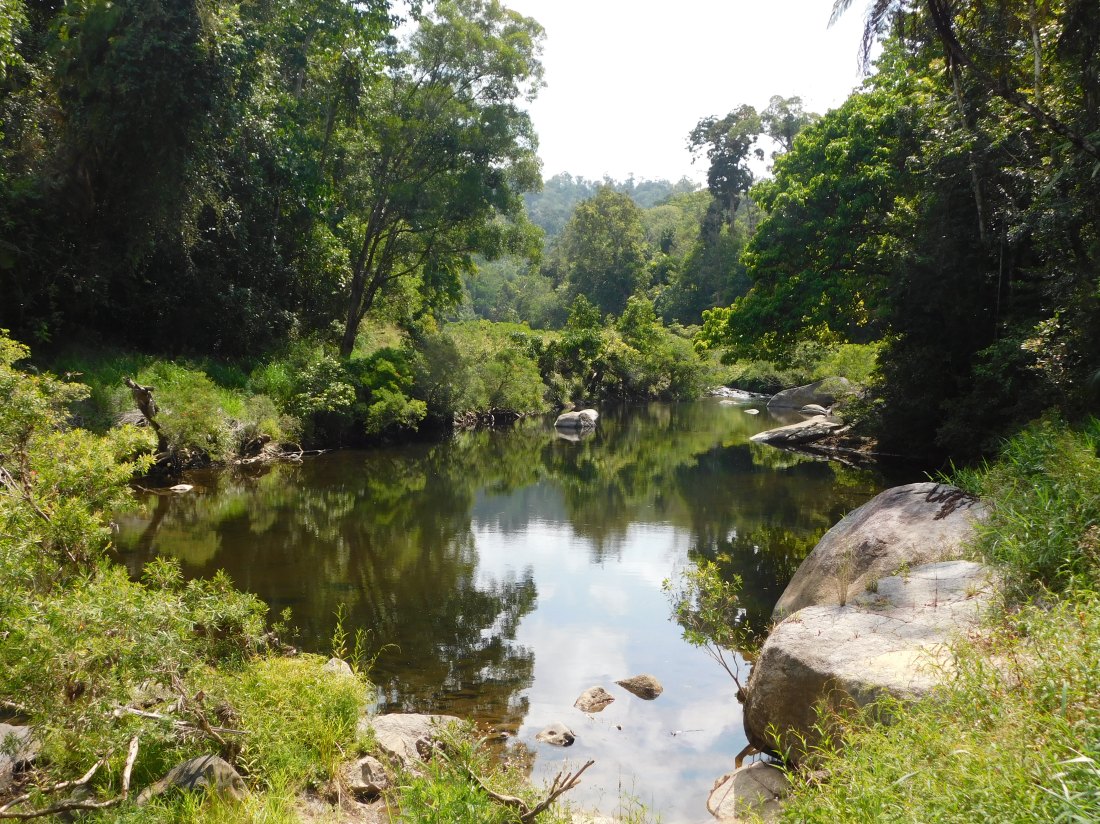 As we tried to take a photo of a brilliant blue Ulysses butterfly erratically flapping through the camp, we somehow failed to notice the Cassowary that was 30metres away from us busily pecking up some blue fruits that had fallen to the ground. We tried to snap some photos before it walked off into the bush and fortunately we got a good look as it looped around and came through the campsite only 20metres away from us. Pretty stoked with that sighting – we were all very excited. 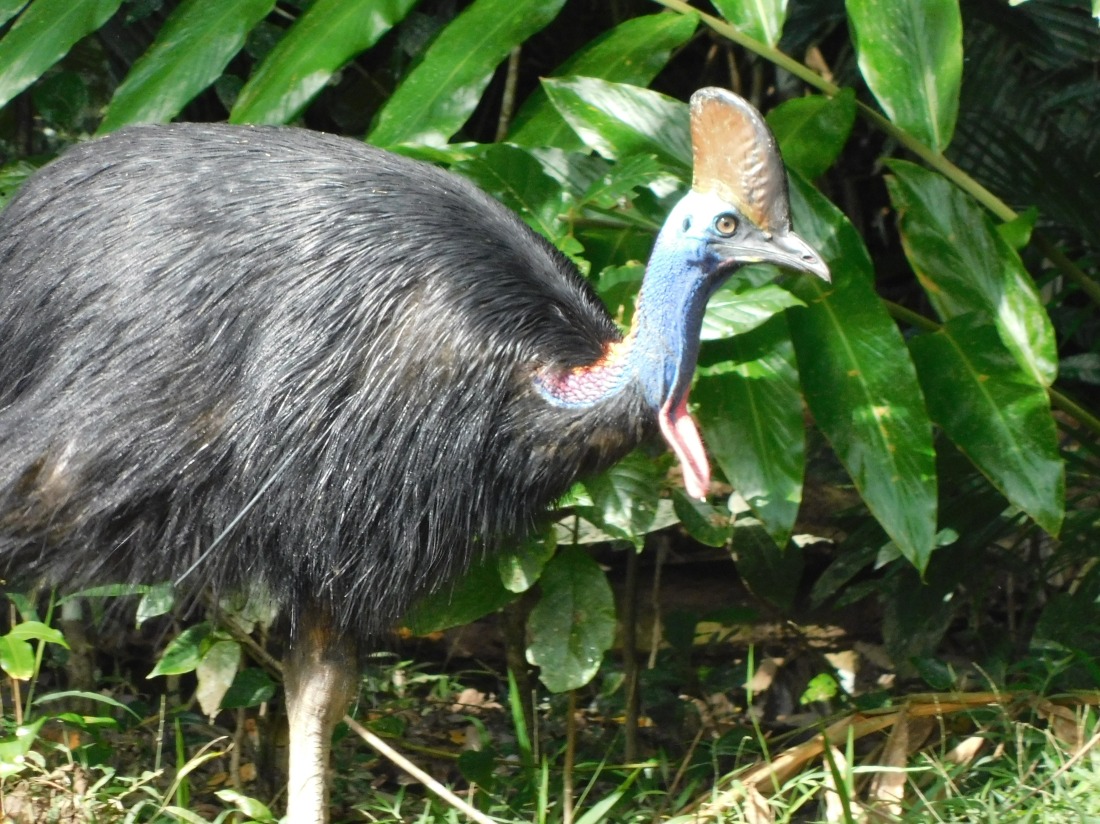 The other highlights were the rainforest pigeons that were everywhere, fireflies during the evening and swimming in the pristine South Johnstone River – probably one of the most relaxing family swims we’ve had – perfect temperature, beautiful spot and nice river sand beach. 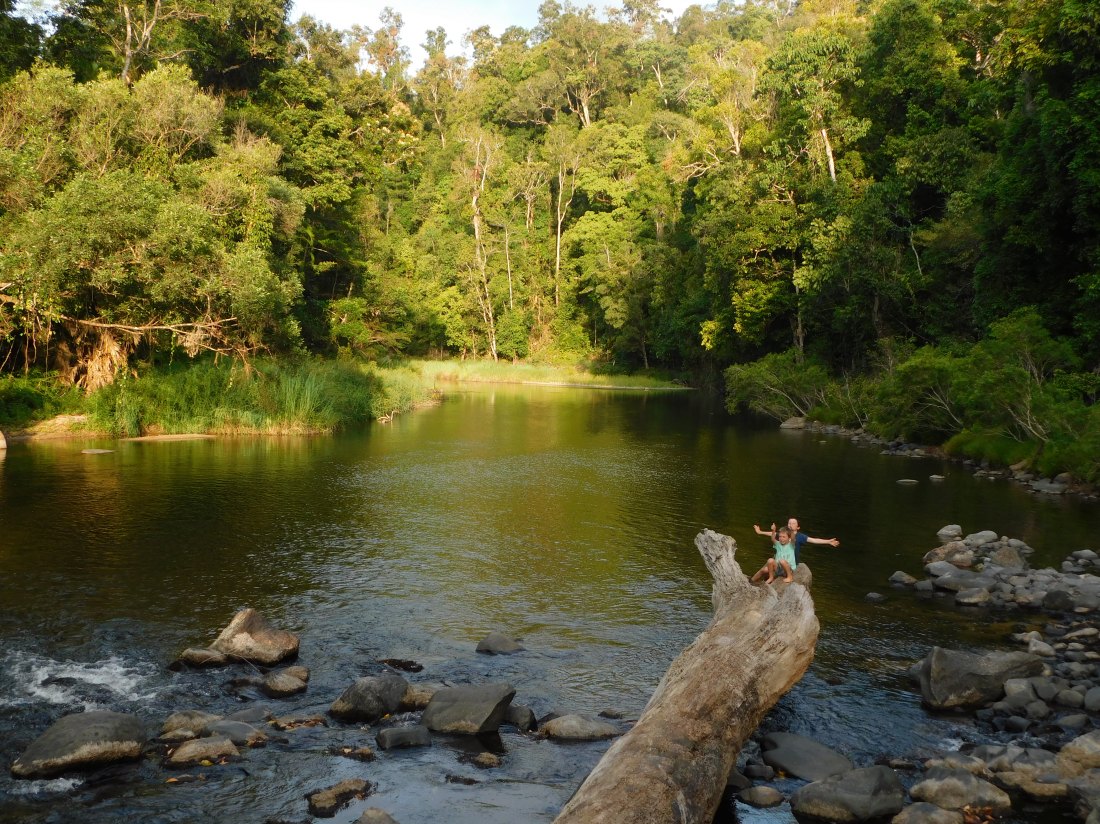 That brings us to the rain – it’s called the Misty Mountains for a reason – mostly you can’t see the mountains because they are shrouded in fog – or in this case – drizzly rain. It just came in during the night and then continued to drizzle the next morning. We were fortunate to have the large picnic shelters where we could dry the tent so it didn’t have to be rolled up damp. The positive, of course, is that the rainforest looks its best when it’s wet and misty and all the wildlife is out. We only stayed one night and the drive out was just as enjoyable as on the way in. 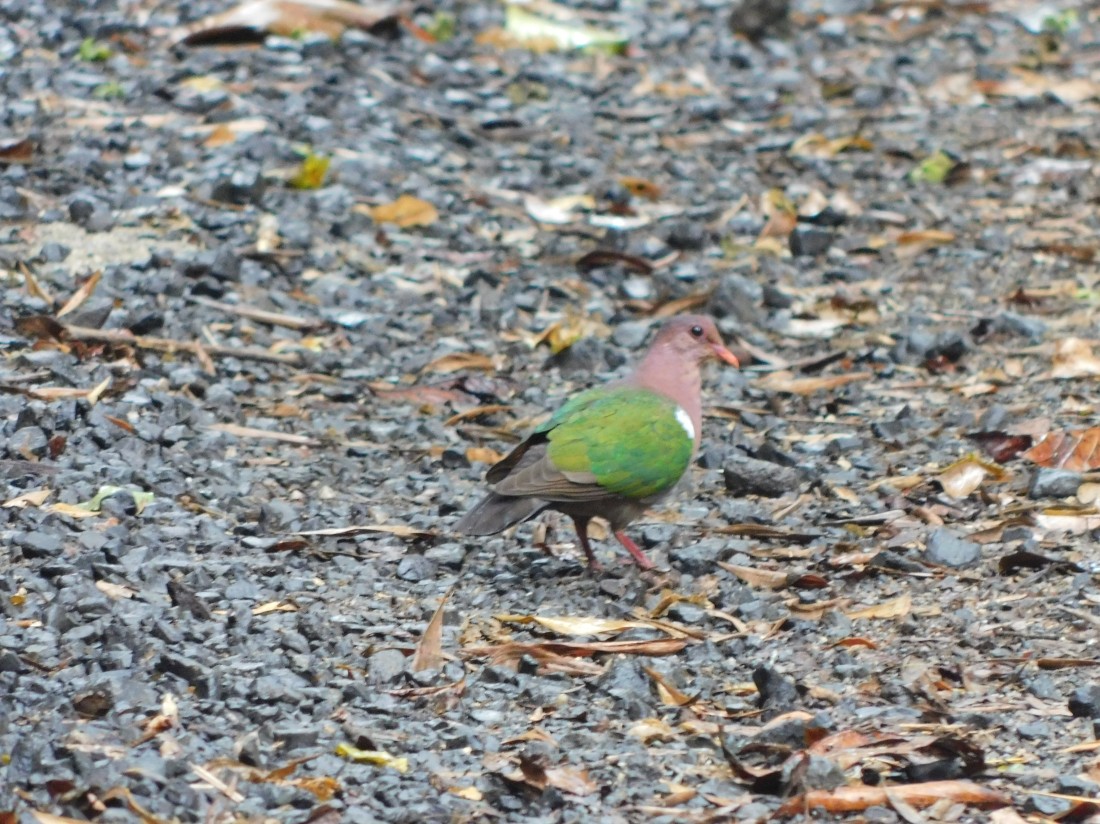