A pretty easy drive out a couple of hours west and we reached Charters Towers with its impressive old buildings still dominating the town centre and the dry, dusty cattle stations dominating everything else. We looked at a campsite on the Burdekin River on the way into town but ended up heading out to a place named Anabranch which was basic but nice enough for a brief overnighter. A good addition to our bird list was the Squatter Pigeon which Amy spotted waddling around on the ground.

Tower Hill is worth a visit to see the view across town and learn about some of the history of the area – another gold boom story which saw the town grow fast. The town had an important role in WWII as well and there are bunkers where ammunition was carefully stored. The visitor information centre was worth a drop in – if nothing else, for the air-conditioning!

Early the next morning we were out at the cattle saleyards for the weekly Wednesday auction. At first we looked completely out of place (Josh had suggested we go to the local Vinnies to grab some denim, blue check shirts and big hats so we might blend in!) but eventually we were just part of the crowd moving from pen to pen – being super-careful not to swat a fly or scratch a nose which would result in us droving the herd of cattle we just bought back to Korora!

It was a great insight into the saleyard process and the quirks and eccentricities of both the auctioneers and the buyers who were bidding with only the slightest movement of their hand or nod of their head. One auctioneer had a go at one of the big meatworks buyers because he wouldn’t even make a movement to bid  – he reckoned as long as he was standing there staring at the auctioneer that meant he was still automatically bidding. 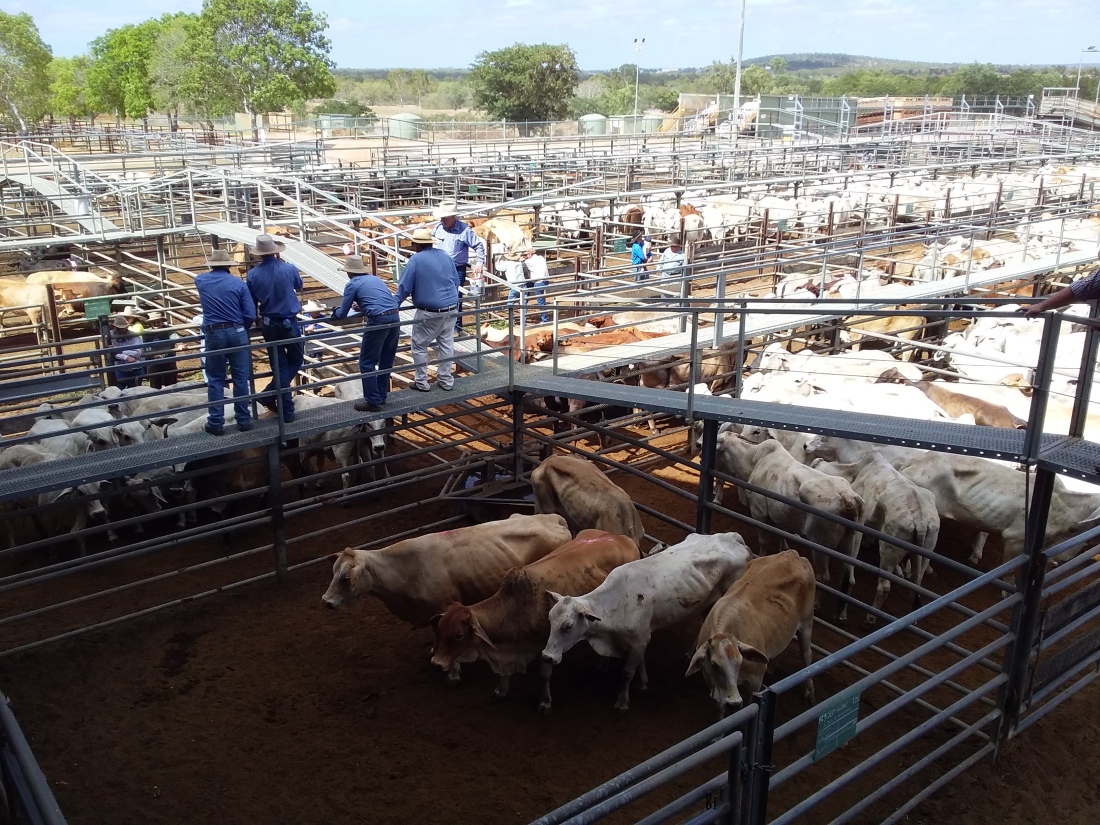 We quickly learnt to not lean against the pens or else a rogue cow would charge at you – one beast with huge horns tried to stake everyone who was there.  The amazing thing for us was that technology hadn’t arrived here – everything was done with prices written on chalkboards, sales jotted down on paper and some paint stencilled on the cattle so they somehow knew which pen was going to which buyer – but it all seemed to work – they’d been doing it for a long time – one bloke working there was 81 years old and still was busily working away.

The manager of the saleyards spotted us while we were watching him stencil the cattle and he got us up on the walkways above the cattle and organised for us to watch the pens of cattle being split and weighed before being loaded back onto the trucks. We had a good chat to the people working there and you could see how much they enjoyed the work – except it gets very hot and dusty! We drove back down to Townsville and spent another night at Alligator Creek before hitting the road south. 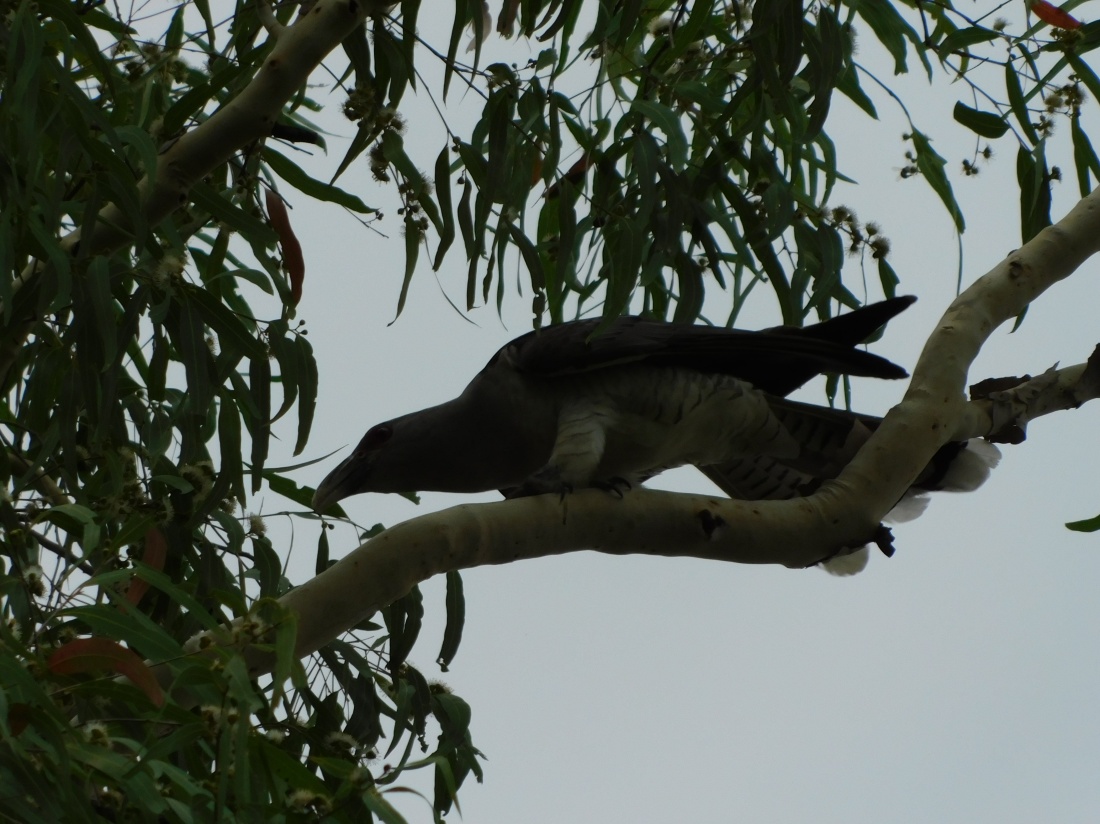