Leaving the Gladstone coast behind we headed south and our first stop was an old favourite from 15 years ago – Turkey Beach – where every house, shed and shack has at least one tractor used to tow and launch their boats off the beachfront. The place has changed a bit – there’s a new concrete boat ramp (negating the need for an un-boggable tractor) and there seems to have been an associated decline in the local tractor population. But the boys got to see enough that they got the idea why they have an annual tractor festival! The unique attraction that has popped up is a community library which is based in a shipping container with a cool giant bookshelf artwork on the side. 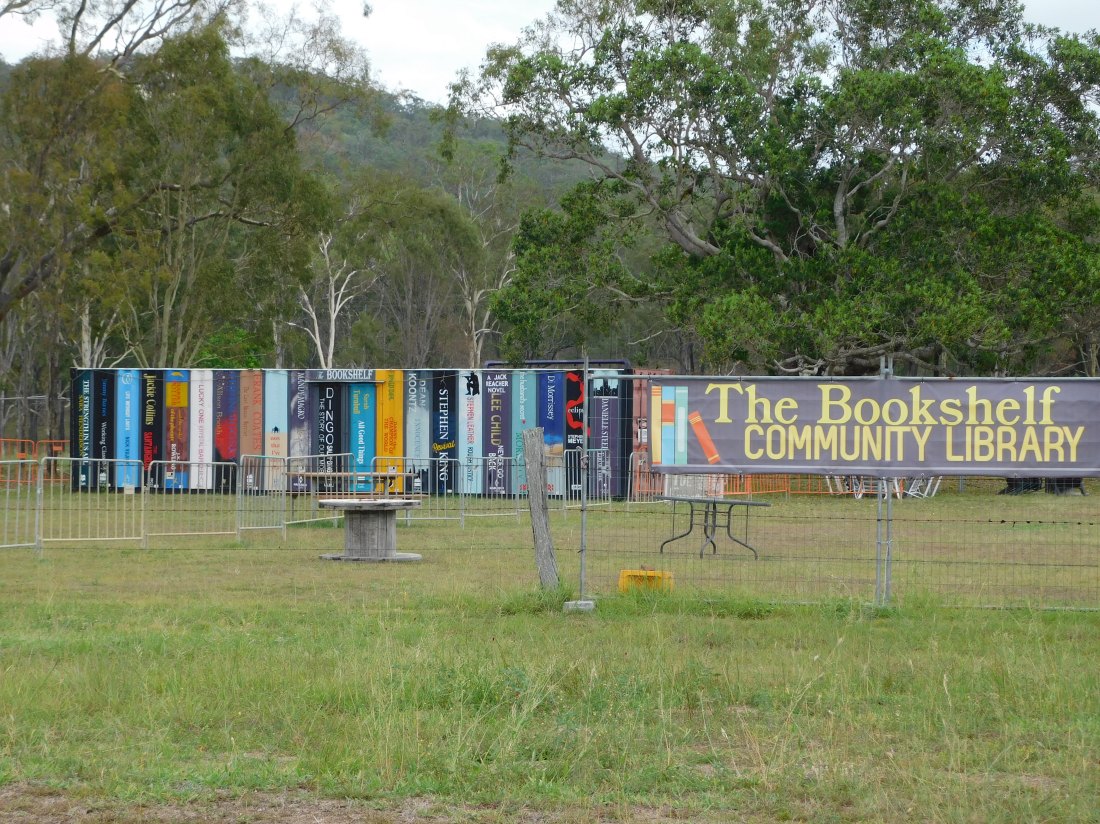 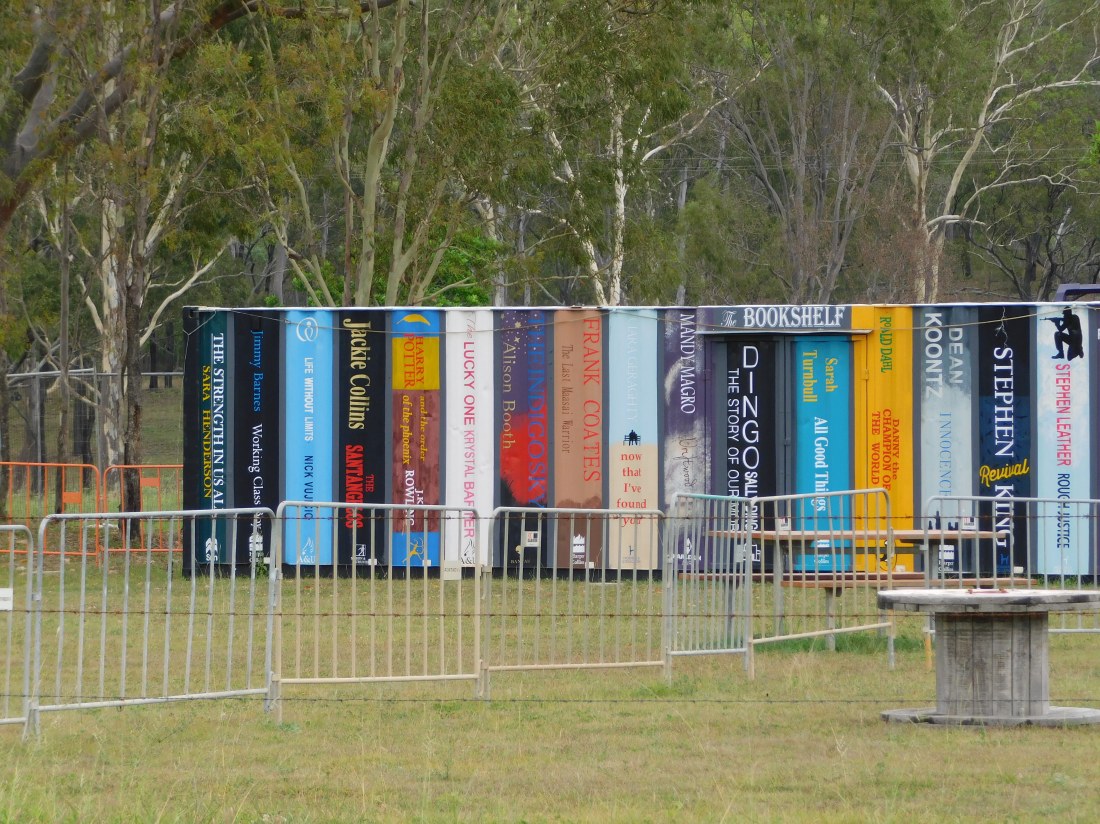 Unfortunately the bushfire situation- although easing today – meant we avoided much of the coast through the 1770, Agnes Water, Deepwater area. We pushed down the long drive on the highway and then into Bundaberg with a lunch stop on the Burnett River foreshore. A bit of a scenic drive out to the coast around the Burnett Heads proved how bad the coastal gale was blowing – we couldn’t get out of the car!

With the whole region’s national parks camping areas closed, we decided to try a bush camp at Bingera State Forest which is mostly pine plantation which tends to provide some good shelter from wind if you pick the right spot. There’s a  lot of harvesting going on so finding a good spot was difficult but eventually we got a sheltered little nook. For a ‘quiet’ bush camp we had some unfortunate late-night cars driving around which wasn’t very enjoyable but it did the job as a quick overnight stop.

From there we did a great drive through Hervey Bay – what an esplanade – from the awesome waterfront houses of Point Vernon we cruised the coastal strip with non-stop shops, cafes, restaurants and every type of accommodation. We counted at least five Indian restaurants along a five kilometre strip! 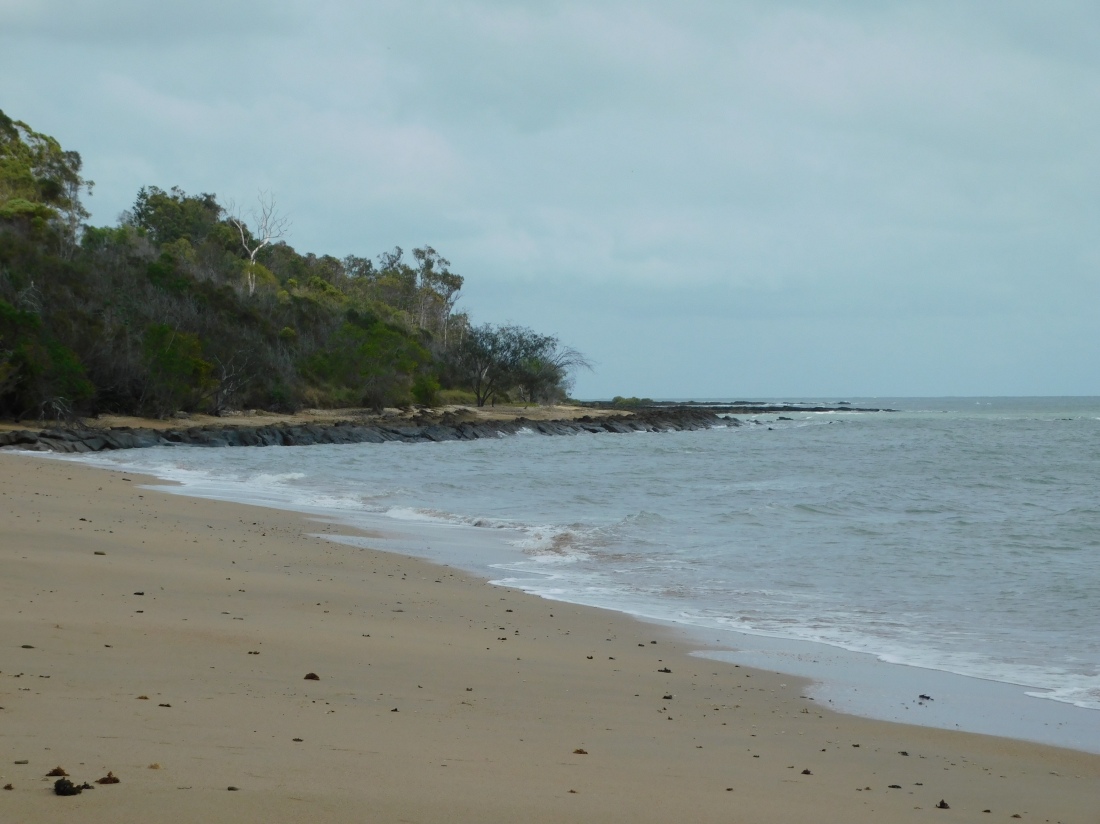 Out through Maryborough and we couldn’t resist a walk through the main street to see some of the awesome old architecture up close. We didn’t get very far before the distinctive whistle of a steam engine caught our attention and right in front of us a unique little steam train pulled up. People were milling around and we decided to see if we could get a ride. Queensland has some expensive tourist attractions but this little $7 gem was a ripper – $7 for the whole family!

We toottled along around the edge of the CBD and along the river breathing in steam and too much coal smoke. Why walk when you can steam-train your way around town? The steam engine has a great history which the volunteers couldn’t talk about enough. The town has also taken up a bit of an obsession with Mary Poppins – we couldn’t understand why people were taking photos of the pedestrian traffic lights!

Through the Tuan State Forest – mostly pine plantation – which has enough small wild pine trees to supply the world’s christmas tree needs (yes, we did see one car sneaking out of the bush with a fresh-cut pine tree on the roof racks!).Eventually we reached Rainbow Beach and did the short drive out to Inskip Peninsular. The beach at our campsite overlooks Fraser Island just across the narrow channel where we could see 4WDs zipping along the beach once they’d successfully made it onto the beach off the barge. 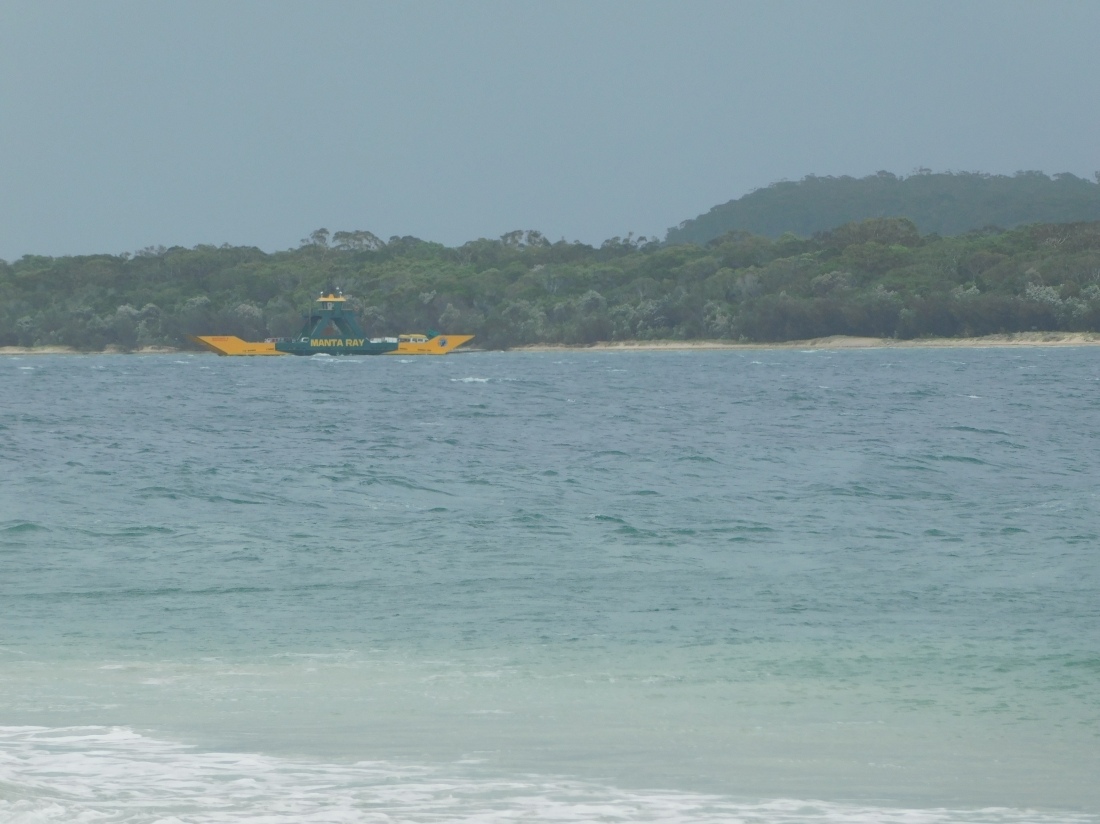 The campgrounds are starting to fill up as people jostle for the prized spot for the Christmas holidays. They didn’t bank on a week or more of constant, gale force sou-easterlies blowing drizzly showers in on them and we watched a few people shift spots once they realised the waterfront views also entailed exposure to the weather! We set up back in the sheoaks but the wind kept going and the showers sometimes got heavier than we’d like.  11 months+ of travelling Australia and we’ve been incredibly fortunate with weather – almost always dry and only a few wind storms that came and went fairly quick. So close to the end of our travels and we got the worst day-time rain of all.

Even any chance of travelling over the short Fraser Island barge trip was not attractive with howling wind gusts up around the 60 and 70km/hr mark. Plus the early morning high tides meant a quick day trip wasn’t going to work although we watched some people drive through saltwater to get onto the barge which departs off the sand. We had a go at fishing which looked promising but returned nothing although some dolphins swam close by (ahh, that’s why we were catching anything – they’ve probably already eaten them all).

The boys found some kids to play with and that kept them amused – even when ten minutes of drizzle would blow in they just got off the beach and did colouring-in instead. We stared at maps trying to work out camping options that didn’t involve the heat, fire, wind, crowds and rain that we’ve encountered recently – there’s not much jumping out at us. Being only a day’s drive from family, a comfy bed, no tent, shelter from the weather and relief from the biting insects of Australia – we’re tempted to call stumps on an amazing trip before we walk away with a bad final impression in the final days. We walked out to the end of the peninsular and spent some time on the beach exploring. It’s a nice place and there’s no wonder that thousands pack in here at holiday time. 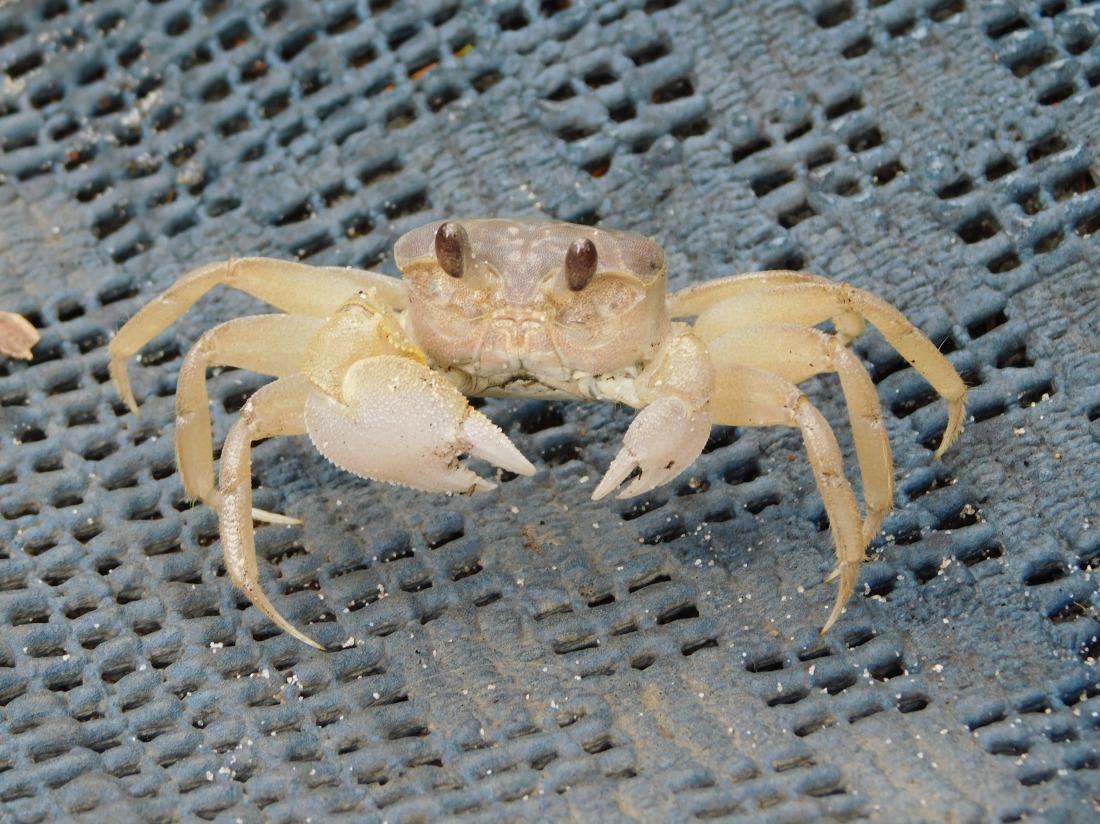